Bulldogs sprint to action. See who Nederland’s 3 new non-district football games are with. 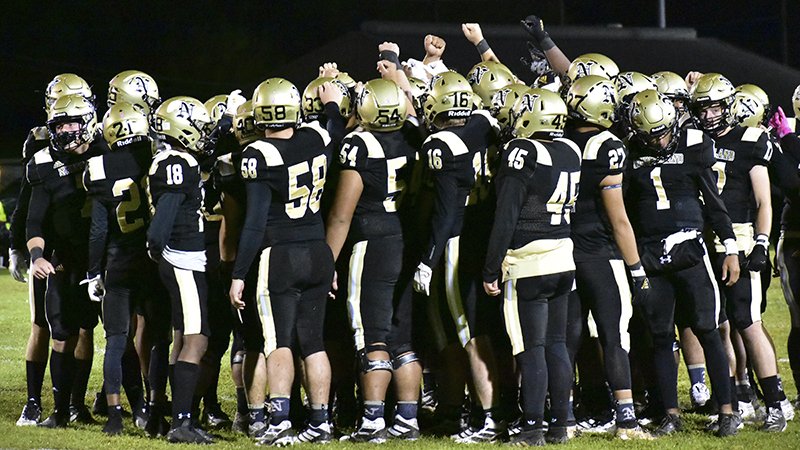 Nederland head coach Monte Barrow said when he walked into the office Wednesday morning, coaches were already calling him to schedule non-district games for the first three weeks of football.

As such, Nederland announced three non-district opponents to start the season, just one day after the University Interscholastic League announced fall sports guidelines that pushed back the start of football and volleyball seasons by several weeks for classes 5A and 6A.

The Bulldogs face Huntsville as their first opponent on Sept. 25 and will play at Sam Houston State University. Nederland will host Houston Austin on Oct. 2 for Week 2. The Bulldogs will then travel to Jacksonville on Oct. 10 for a day game on Saturday in Week 3.

It turns out the UIL’s guidelines prompted some coaches to look a little farther afield for opponents, Barrow said.

“I got here to work this morning and coaches were calling,” he said. “It worked out — boom, boom, boom.

“We all realized that you can’t play 4A and below. 6As aren’t really looking for games because they weren’t playing 4As anyways, so basically your pools are from 5A schools. If there’s not a lot around you, you’re going to have to look down the road. Traveling into Sam Houston and Jacksonville is going to be a bit of a trek, but the most important thing was our kids getting in games.”

While 5A and 6A schools had their football seasons delayed, schools 4A and below play their first games beginning Aug. 27, and will have likely started their slate of district games by the time 5A and 6A schools reach their Week 1.

The rest of the district schedule will be discussed today when District 12-5A Division II teams hold a meeting over Zoom at 6 p.m.

The UIL has given schools 11 weeks to play 10 games, but Barrow admits things could change.

“That was a plus, but we always know that things not only could change, but they’re going to change at some point, just based on the last four months,” Barrow said. “Right now all we can do is get the information today and go forward with that, and wake up tomorrow and see if anything’s changed. If not, just keep moving forward.”
Barrow expects to meet again Tuesday to discuss schedules for other fall sports. Volleyball, team tennis, cross country and basketball also saw changes when the UIL released its newest guidelines.

In the case of basketball, the newest guidelines stipulated no tournaments would be allowed. Barrow said he would discuss basketball and the Bulldog Classic with head boys basketball coach Brian English in the coming days.

“I could see, at this point, wanting to keep teams from gathering in one gym, so I’m not surprised by that,” Barrow said. “Since that’s just a little ways off, that could possibly change depending on the guidelines that we have at that time.”

Julia Atkins, communications coordinator for the UIL, said that the UIL should share more information on winter and fall sports soon.

Visit uiltexas.org/policy/covid-19 for the latest updates.