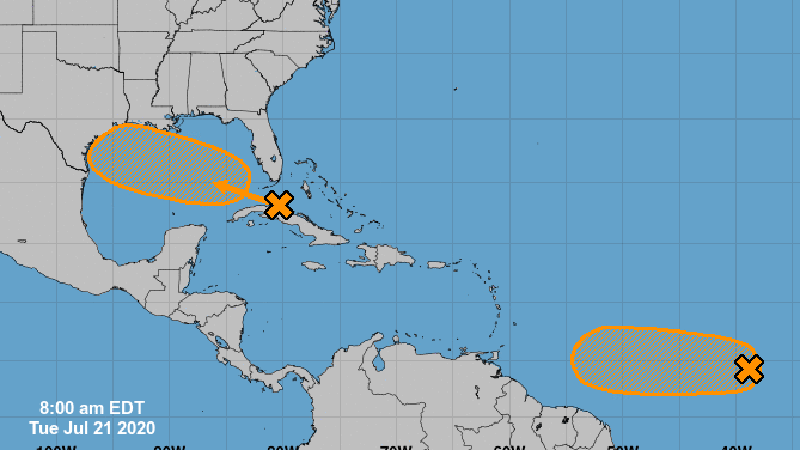 The chances of the storm streaking into the Gulf of Mexico growing stronger this week have increased, weather officials said Tuesday morning.

The National Hurricane Center has increased the chances for tropical development to a medium 40 percent as a tropical wave moves east-to-west across the Gulf of Mexico this week.

According to the National Weather Service, this system will be in the northwestern Gulf of Mexico Thursday and Friday.

Warning Coordination Meteorologist Roger Erickson said the primary weather hazards from this system in Southeast Texas will be higher rain chances and above normal tides.

A tropical wave further out in the Atlantic has a medium 60 percent chance for development. That system is expected to be in an unfavorable environment later this weekend and currently poses no threat to the Gulf of Mexico.