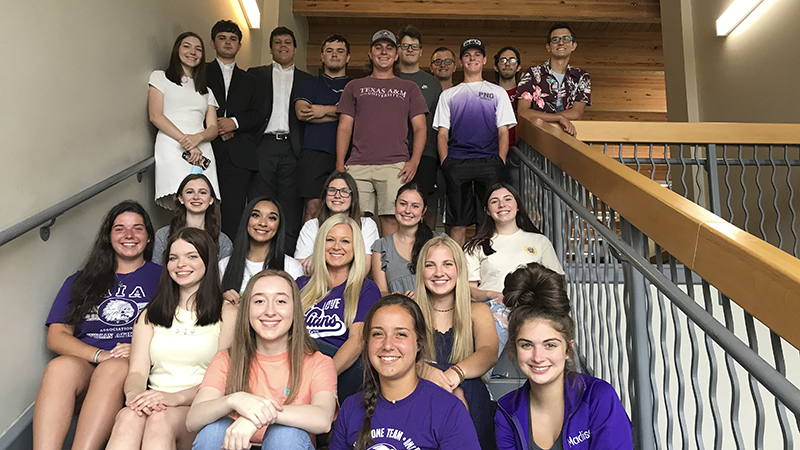 PORT NECHES — The Texas passing rate for the Advanced Placement U.S. History Exam is at 47.2 percent.

The global passing rate is 58.7 percent.

Out of 26 students, 17 of the Port Neches-Groves High School class members passed, rounding out to 65.4 percent.

Five students are still waiting for scores, due to technical difficulties.

Amy Neeb, in her first year as an AP History teacher at PNG, said she couldn’t be anymore thrilled then when she received the results.

“They were rock stars through everything,” she said of her students. “They had a job and even though they had everything stacked against them, they got it done. I’m just so proud of them.”

On average, the test takes 3 hours and 15 minutes to complete. This year, due to the coronavirus pandemic, the test looked a little different.

“Before the pandemic, we were preparing to take this huge test,” Neeb said. “We practiced timed tests, timed essays, everything. That’s what we were preparing for since September. In January, we were just learning how to do the DBQ, data based question.”

The DBQ consists of 15 minutes of prep time to read and analyze five to seven political documents and 45 minutes to compose a clear, concise, well-written essay.

Neeb said she just started to teach this section in January. Students submitted one practice essay right before Spring Break.

“Once the shutdown happened, the AP exam was cut to just that DBQ essay,” Neeb said. “The last part we just learned to do. All of a sudden was the only part that mattered.”

Over the course of the last few months, Neeb spent hours on Zoom meetings, Google hangouts and phone calls going over examples, practicing with students and helping cultivate an understanding.

“It was new knowledge,” she said. “We literally just learned how to do this section before the pandemic hit. The good thing was that we had already been doing Google classroom all year. That’s how we communicate. That’s how we get information outside of class, so whenever the pandemic happened and all the teachers were scrambling, we never missed a beat. We were already set up.”

All that information culminated on May 15, the day of the test.

Students sat down in front of computers and tablets prepared to read only five documents this time, but with no prep time.

Students reported prompts that asked about Manifest Destiny, Westward Expansion, Civil Rights and the political and social roles of women in the Progressive Era.

“It was less difficult than it was just odd,” he said. “We were preparing the whole year for all this and then it just fell on us that our entire results depended on one question. It threw me for a loop. Everything I was preparing for was just thrown out the window. We were all flying by the seat of our pants to even see what the test was going to be.”

According to preliminary numbers, only 13 percent of students scored a 5 on the APUSH 2020 exam.

“It wasn’t expected,” Flores said. “I was hoping, so I’m very glad that I did well. I can only credit that to Ms. Neeb. She did a lot for us. She helped us put our best foot forward for the test.”

Out of the 17 students, nine received a 4 and seven received a 3. Passing the AP Exam is equivalent to six college credits.

Neeb said she is proud that her students beat the Texas and global success averages.

“I know they spent hours and hours a day to get ready for this,” she said. “It shows their character and work ethic.”