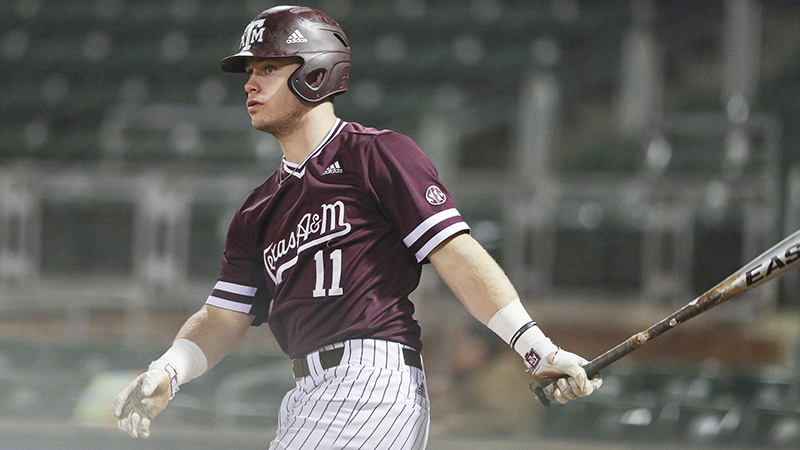 Austin Bost got to play a little baseball with the likes of Texas A&M’s brightest like Asa Lacy, who now pitches for the Kansas City Royals organization, before COVID-19 ended the Aggies’ season with 37 games remaining.

“We were trying to make a run,” Bost said of his team’s ambitions in the spring of 2020.

“We would have gotten us a lot more games to go and be a part of the team. We’re losing some guys, and it sucks not being able to finish the year with those guys. Some of them are doing bigger and better things, so I’m happy for them.”

Still, Bost’s time at A&M, now one year since transferring from Panola College, has gotten stronger, faster, bigger and made some of his best friends.

Bost definitely looks fondly at his days at Panola, though.

“I did enjoy my time at Panola, and I would definitely recommend JUCO to a lot of people,” he said. “JUCO was one of the best years of my life until I got here.”

Bost — a Port Neches-Groves graduate, Groves native and older brother of PNG quarterback Blake Bost — appeared in seven games for the Aggies, hitting .308 with seven runs, three home runs and 10 RBI in 2020 as a sophomore.

Division I baseball has been a lot faster for Bost than what he experienced in junior college.

“I’m definitely seeing more guys throwing hard,” he said. “I was on a team that got to hit off of Asa Lacy in the fall and early spring. That’s a pretty good person to base off of how good D1 baseball is.”

The 2020 season was looking strong, too, before it was ended because of the pandemic. The Aggies were 15-3, their last game a 6-2 win against Rice on March 10.

A little bit of baseball, and continuing practices and workouts, still go a long way to keep Bost and the rest of the team in shape, even in the fall.

“We’re working out, practicing every day intersquad,” Bost said. “We would practice and then get a bunch of intersquads in and a few scrimmages, one against Rice and once against Sam Houston.”

Since the end of the season, Bost has been able to play with the Brazos Valley Bombers in Bryan, just north of A&M’s hometown of College Station. Even though the team isn’t allowed to work with their coaches, Bost has kept busy working out with programs from his strength coach. Now the team is back to practicing on the field.

“We’re getting stuff done,” Bost said. “We’re out playing every day, so we’re definitely trying to not miss a beat during all this COVID.” 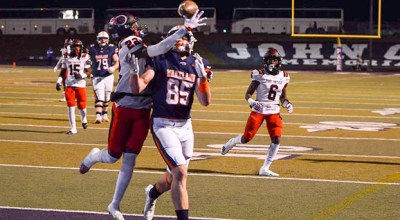