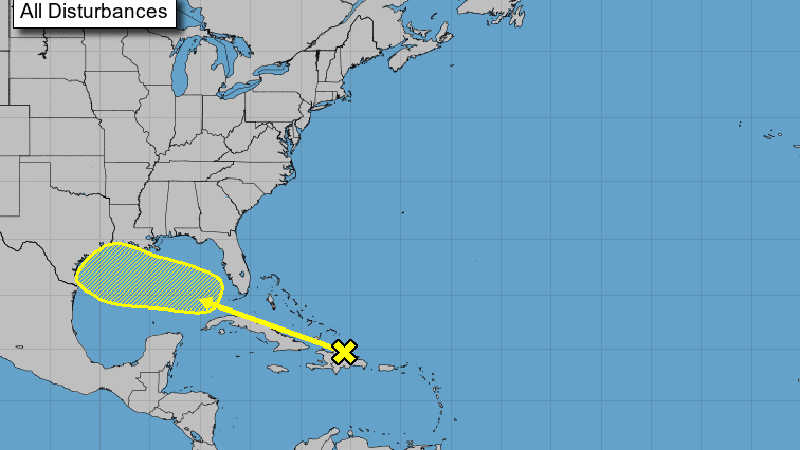 A tropical storm could form and impact Southeast Texas late this week, according to the National Hurricane Center.

A tropical wave located over Hispaniola and the adjacent waters of the southwestern Atlantic is expected to move west-northwestward over the next several days.

It could enter the southeastern Gulf of Mexico by late Tuesday, then move across the central Gulf on Wednesday before reaching the northwestern Gulf on Thursday.

The disturbance is currently producing disorganized shower activity, but environmental conditions are expected to become at least marginally conducive for development by Wednesday or Thursday.