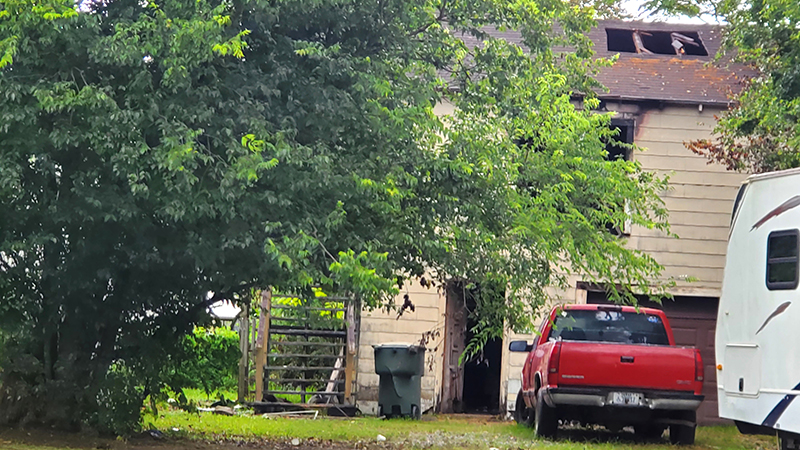 Authorities believe a fire at this garage apartment at 2504 Neches Avenue was set purposely. They are looking to identify an individual who was seen at the site.

A July 8 garage apartment fire has been deemed an arson, and authorities are looking to identify an individual who was seen at the site.

The Port Arthur Fire Department received the call of a fire at approximately 2:30 a.m. at 2504 Neches Avenue. A person described only as a white male on a motorcycle was seen going inside the residence at the garage apartment and immediately after exiting a fire was observed, Fire Marshal Paul Washburn said.

The apartment was vacant with the exception of several pieces of furniture left behind by the previous tenant.

Washburn said several neighbors heard the motorcycle but did not necessarily know what was going on.

If you have information on the identity of the person on the motorcycle that day or any other information about this arson, you are asked to call the arson hotline at 409-983-8715.

If the tip leads to the identification of the person you may be eligible of a cash award up to $1,000.