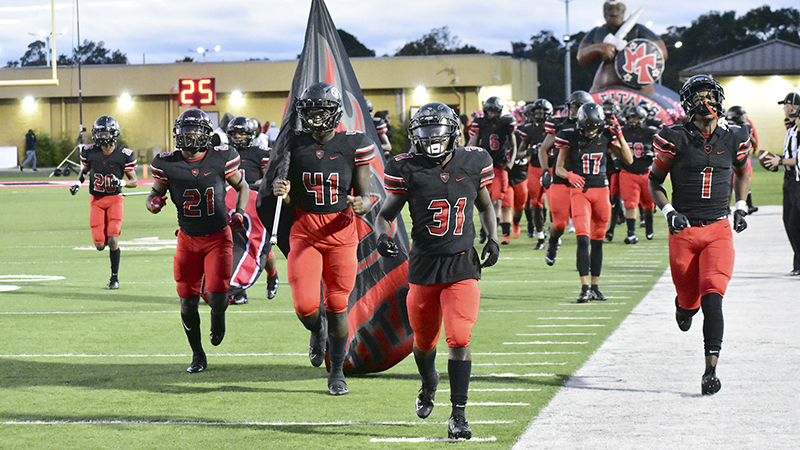 The Memorial Titans lost their first opponent of the season to COVID-19 after Dallas County announced an order that on-campus instruction or sports won’t be allowed at all public and private schools until Sept. 8.

That means Lancaster High School in Dallas county, which Memorial was to play at Prairie View A&M on Aug. 28, won’t be allowed to play the game.

Until the University Interscholastic League makes an expected announcement next week on further guidance for Texas schools’ athletic programs, head football coach Brian Morgan is holding off on finding a replacement game.

“I think everybody is awaiting a UIL announcement to come next week, and I think that depending on what that says is where we’re going to go from there,” Morgan said. “Until we get some more clarification from the UIL on the rest of our season, I don’t think there’s any point to go look for a game that very well could be cancelled anyway.”

The details of the announcement aren’t known, but Morgan fully expects the UIL will likely announce changes to sports schedules.

“I’m almost positive that there’s going to be an announcement next week and it’s going to affect the scheduling somehow,” Morgan said. “If they say we’re starting Aug. 3 and you can play every game, yeah we’ll look for a game. I’ve reached out to a few people. There’s going to be some openings because a couple of big school districts, like Houston and Dallas, have closed down for that first week so there’s going to be people out there.”

Whatever happens, Morgan thinks that changing schedules will be challenging.

“Whatever they say you can and can’t do on whatever dates, it’s probably going to be a scheduling nightmare trying to see if you’re schedule fits with what they’re giving you and your opponents, too,” he said.