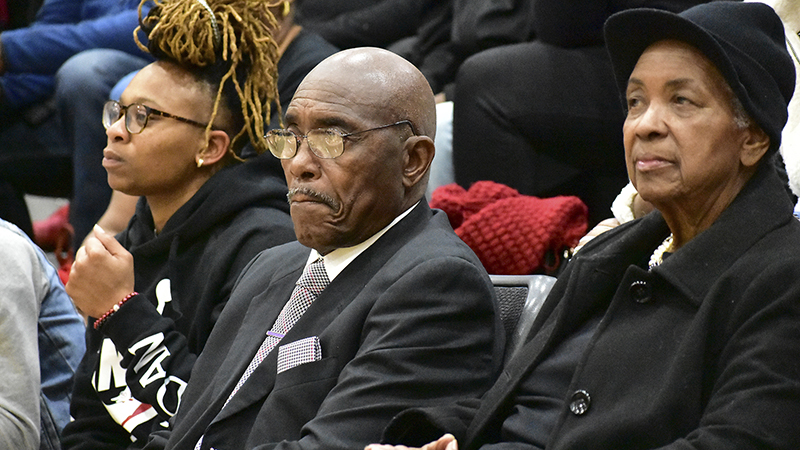 James Gamble is a name many people in Port Arthur recognize, in particular for the former Lincoln High School basketball coach’s stellar career in which he won four state championships (1981, 1984, 1986 and 1988).

Museum of the Gulf Coast director Tom Neal thinks Gamble is worthy for induction into its Sports Hall of Fame, and the museum board agrees with him.

Neal informed Gamble last Friday that the board approved his acceptance into the Hall of Fame, and now Neal is figuring out how to celebrate the upcoming induction properly in the midst of the COVID-19 pandemic. Date and details about the ceremony to induct Gamble haven’t been finalized.

“He’s been authorized, he is inducted, he’s in,” Neal said. “We just haven’t had the ceremony. That’s what we’ve been waiting for to pick a good time to do that.”

It wasn’t necessarily an easy decision for the board to make, though. Walking the Hall, visitors will notice names like Jimmy Johnson and Bum Phillips, among other names that enjoy national recognition. Gamble’s claim to fame hasn’t garnered him so much recognition on the national stage, but his impact on professional basketball is worth honoring, Neal found.

“One of the things in examining coach Gamble, it’s not so obvious to some that he has a direct connection to the NBA,” Neal said. “There are guys that he’s coached that have gone on to be successful, so there’s a common denominator. In his case, he worked with these guys that launched their careers. And it didn’t happen once — it happened multiple times.

“You can add in his standing at the state level holding records for wins and championships that are unequaled by anyone in the state of Texas.”

Based on the number of future professional players that Gamble has — not to mention his success as a coach — Neal thought Gamble worthy of consideration for the Hall of Fame.

“When I look at somebody coming in like Coach, somebody else might say they think he doesn’t qualify,” Neal said. “So I say ‘Show me who you’ve got who equals that.’ And you know what? You can’t find that person. When it stands out to the point to where they’re really kind of unequaled, the record is what it is. It’s not shared by anyone and no one has surpassed it. The tie-in to the NBA players speaks to his teaching skills and coaching skills.”

Gamble himself was a little surprised as well, and said he was quite aware of the usual requirements for induction.

“I thought that having coached those kids that were NBA players, that in a way qualified me, but at the same time I never really thought about being inducted into the Museum of the Gulf Coast because of that stipulation,” Gamble said. “But you know, I was told ever since I was youngster, ‘Whatever’s for you, you will get it.’ So right now that’s the way that I feel. This is an honor that was for me and finally I’m getting it.”

For Gamble’s part, he recognizes he was quite blessed to have players like Jackson, Evans, Allen and Tyler come through his program.

“I’ve had a lot of great basketball players but their size didn’t fit the NBA. You have to be a special person to be able to be a professional athlete. And I’ll just say I was blessed to have those kids come through our basketball program at Lincoln High School.”