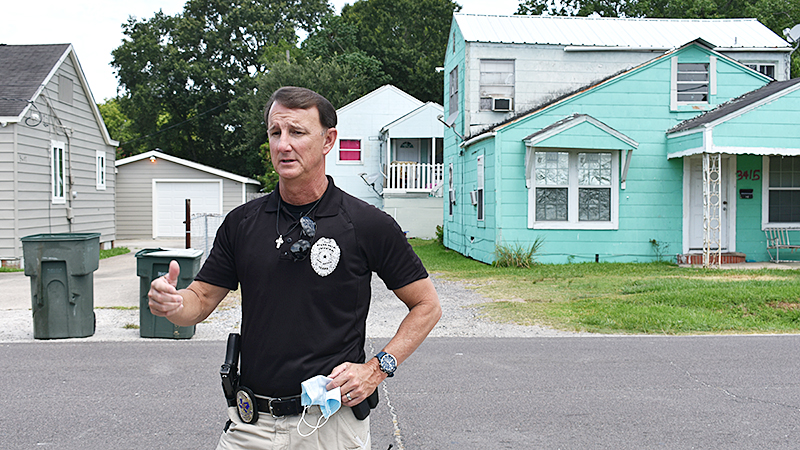 Port Arthur Police are releasing more information about the June 28 shooting death of Eric Marrs in hopes of finding his killer.

Police believe the gunman was living at a residence in the 3400 block of 32nd Street, where he would commit the homicide.

After the shooting of Marrs, a suspect, who is known only as “Bubba,” was seen leaving southbound on foot in the neighborhood as far as Eighth Avenue.

He is a black male in his late teens to early 20s. He was wearing a white tank top with white shorts and what appears to be sport slide shoes. In a portion of security camera video police obtained, the suspect has a white shirt flung over his shoulder. He would later put the shirt on over the tank top.

On Wednesday while standing across the street from where the shooting occurred, PAPD Det. Mike Hebert said police know the suspect was living very close to the victim’s residence.

“He went over here,” Hebert said. “They had a verbal altercation and he will retrieve a firearm and shoot him. There was never a physical altercation between the two.”

Cars passed by as Hebert spoke with media, their sounds overtaking his voice as neighbors came and went nearby. Marrs was living in an apartment behind the front house that faces 32nd Street.

Hebert said the two victim and suspect were acquaintances.

“Everybody here would say it was Bubba that committed this act,” Hebert said. “They know who Bubba is but nothing about him; aren’t even sure if he is from Port Arthur. That’s why we’re trying to reach out to Beaumont and the Mid-County cities and have certainly sent the video.”

It is believed Bubba was staying at different homes in the area night to night. police do not know if he has any family in the area. 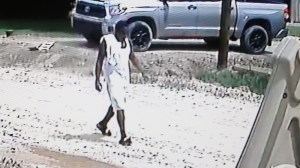 Police released this picture of a suspect in the late-June shooting death of a Port Arthur man.

Police were called to the 3400 block of 32nd Street on June 28 and located a man who sustained a gunshot wound.

The victim was taken to a local hospital, where he was listed in critical condition. Identified as 38-year-old Eric Marrs, he died from his injuries early the next morning.

If you have any information on the identity of the suspect, call the Port Arthur Police Department at 409-983-8600.

You can also call Crime Stoppers of Southeast Texas at 409-833-TIPS. You won’t be asked your name and you may be eligible for a cash reward. Make an anonymous tip to Crime Stoppers by downloading the P3 Tips app on a smartphone.