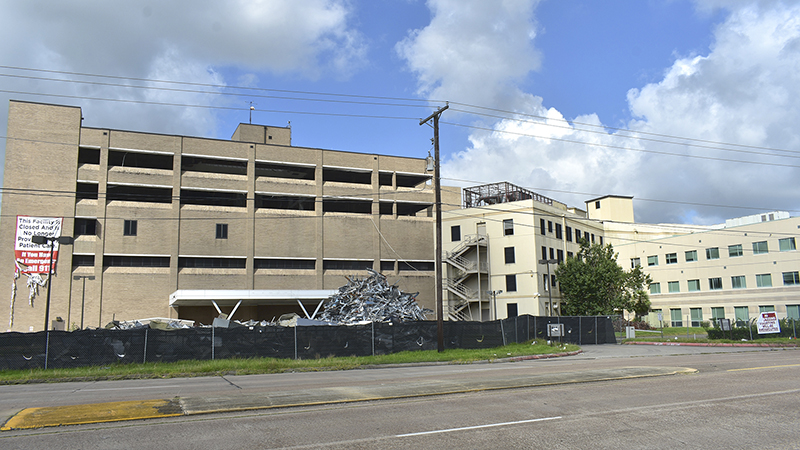 A pile of metal located near the emergency entrance is seen from across Ninth Avenue on Friday, as well as the old doctors’ offices. (I.C. Murrell/The News)

Abatement and demolition of the former CHRISTUS Southeast Texas St. Mary hospital on Ninth Avenue and Gates Boulevard has been ongoing since January and remains on schedule with completion expected in the late fall, according to Christus spokesperson Kevin Dolliole. 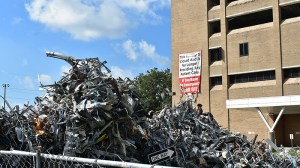 A pile of metal rests on the ground facing Ninth Avenue.

St. Mary hospital officially closed July 19, 2019, after 89 years in operation. Once demolition is completed, Dolliole said, the green space would be donated to the community to reinvigorate the area for the future.

“We continue to provide the high-quality, compassionate health care that our community has come to expect at our CHRISTUS St. Mary Outpatient Center Mid County,” Dolliole said. 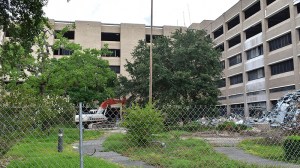 A backhoe is positioned at the old St. Mary hospital. 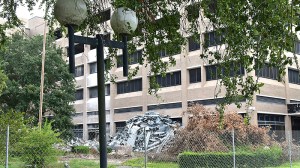 St. Mary is viewed from a location where a streetlamp once operated.