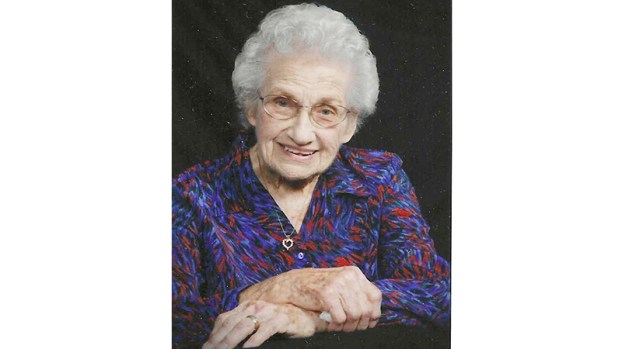 She was raised in the Port Arthur and Groves areas and was a member of the first graduating class of St. Mary’s High School in 1937. Ethel entered St. Mary’s Nursing School and finished as an RN in 1940.

Ethel met Roman Lee Savoy from Eunice, Louisiana, in nursing school and they married on June 27, 1943. Together raised their four children in the Groves area.

The only time Ethel lived away from Jefferson County was when the army stationed them in Tennessee and occupied Japan. Ethel still resides in the same house she has lived in since the mid-1950s. She has been a member of the Immaculate Conception Church in Groves since 1950.

Over the years she has done volunteer work for the community and is a member of the Altar Society.

Ethel worked at St. Mary’s hospital after finishing nursing school and again from 1960-1980. She was also a visiting nurse for the Gulf Refinery for a while when R.L. was in the service.

She still has a passion for reading and solving crossword puzzles (in ink).

Ethel is celebrating her 100th birthday with family and friends. If asked what has gotten her to this eventful day, Ethel would probably say faith, family and friends, with a little ice cream and cookies on the side.

Among her family, she is known for offering words of wisdom, called “Granny-isms” by her grandchildren. She is admired and loved by her family and many friends.