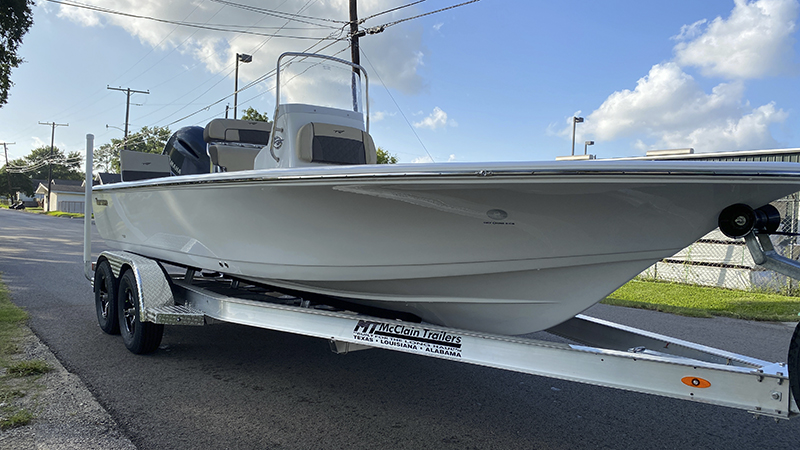 The winner of the 2020 Showtime on Sabine tournament will win this Tidewater 2110 Baymax boat with a Yamaha 200 XB outboard motor and McClain tandem axle trailer. (Courtesy photo)

Texas state government orders regarding outdoor events has meant that the organizers are trying to limit the number of people at the event, keeping the number of participants to the first 90 that arrive, according to information posted on the Elite Redfish Series Facebook page. Participants will also be required to maintain appropriate social distancing and wear masks, though many anglers already wear buffs for the event.

Pat Malone, event organizer, said that the public is welcome to come and watch the event, and they are encouraged to bring their own lawn chairs but must wear masks and maintain proper social distancing. 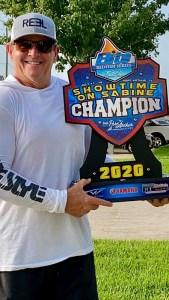 Pat Malone holds the 2020 Showtime on Sabine trophy, which will be awared to the tournament’s winner, along with a new boat, motor and trailer. (Courtesy photo)

Tammy Kotzur, executive director of the Port Arthur Convention and Visitors Bureau, said that previous fishing tournaments hosted by the city of Port Arthur have included publicity pushes by the CVB to gin up crowds to attend the event. This year, though, since Showtime on Sabine isn’t going to be nationally televised, and because of concerns about COVID-19, there won’t be as much of a need for a crowd in the background.

The event will still be filmed, and fans can watch the action live from the Elite Redfish Series Facebook and other social media pages.

“We’re basically trying to keep it very low-key,” Kotzur said. “We’re glad they’re coming here to fish and we just want it to meet all the requirements to keep it safe.”
The city will still see an economic impact from the event, too, Kotzur said. In particular, the anglers that are coming to the area will still stay in area hotels, buy gas from area stations and shop at area stores. Some anglers arrive a whole week early to fish.

The biggest impact, however, will be the publicity the event generates. 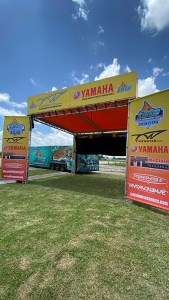 The Showtime on Sabine stage faces the water at Pleasure Island RV Park to allow angler teams to stay in their boats to maintain safe distances while still being able to watch the weigh-ins. (Courtesy photo)

“Because (Malone) has a huge social media following, it’s about getting the word out about fishing here, because fishing is one of the major things that we’re tasked with marketing,” Kotzur said. “Fishing, bird-watching, leisure tourism, those are the major things we market. So having somebody like him putting it out on his social media and then all of these anglers putting it on their social media, is big for us.”
Port Arthur will also get its own commercial broadcast with the Elite Redfish Series nationally televised programs.

“We will have a commercial that’s about fishing in Port Arthur that will air on all of his nationally televised shows,” Kotzur said. “If we can get a commercial at no cost on national television on a national fishing show, that’s worth a lot to us, just like being on his social media.”

The winner of this weekend’s tournament will be guaranteed a Tidewater 2110 Baymax boat with a Yamaha 200 XB outboard motor and McClain tandem axle trailer. 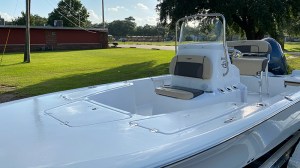 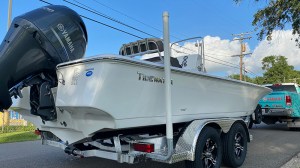