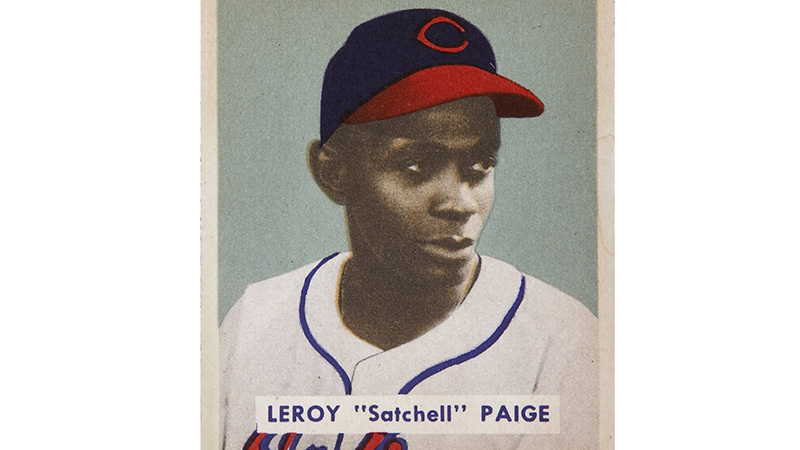 In April 1942, the most common form of entertainment couldn’t be found through a television set.

Going to a movie theater, supporting local theater and attending a sporting event were among ways Americans passed the time, with baseball traditionally chief among all pastimes. Sounds like simpler times, anyway.

Babe Ruth, by this time, had cemented his place among of baseball’s finest players, with Jackie Robinson and Hank Aaron to come.

Leroy “Satchel” Paige, not yet 36 years of age, was a mainstay on the Negro leagues circuit in April 1942, already a 17th-year professional competing with Kansas City Monarchs. Between April 14-16 that year, the right-handed pitcher attracted a crowd to Port Arthur’s Legion Park for a three-game set against the Cincinnati-Cleveland Buckeyes — and threw in each game.

The News was there to cover each game, but give Bill Nowlin credit for unearthing this information nearly 80 years later. Nowlin is co-editor of an upcoming book on the 1942 Monarchs for the Society for American Baseball Research, which he said would be the fourth in a series on great Negro League teams of the past.

Here’s what Nowlin found (some first names were not given in the samples):

April 14, 1942: Kansas City 9, Cincinnati-Cleveland 0 — “Three Monarchs pitched combined on a shutout — LaMarque pitched the first five innings, Paige pitched the next two, and Douglass the final two. LaMarque and Douglass each gave up two hits; Paige gave up none (though he hit a double in his one at-bat). First time up, Willard Brown hit a two-run homer — a ‘towering smash over the left field fence.’ Later in the game, Brown doubled to right-center. Kansas City’s big inning was a five-run seventh.”

April 15, 1942: Kansas City 10, Cincinnati-Cleveland 9 — “Cleveland scored three runs in the top of the first off Monarchs starter ‘Gurly.’ The Monarchs got two runs back in the bottom of the first.

“Frank Bradley pitched the second through fourth innings, allowing three runs in the fourth. Satchel Paige came in and gave up one run in the sixth, the second of his two innings. The Monarchs shaved the 7-2 lead by a couple of runs in the bottom of the sixth. The score was 7-4. The inning that turned the tide was the bottom of the seventh when Kansas City scored six runs and took a 10-7 lead. Hilton Smith pitched the final three innings, and Cleveland got two runs off him in the top of the ninth, but fell short by one run. The only extra-base hit for the Monarchs was a double by Buck O’Neil.”

April 16, 1942: Kansas City 19, Cincinnati-Cleveland 9 — “It was ‘ladies night’ and Paige pitched again, this time working the fifth and sixth. Starting for the Monarchs was a pitcher named Grant, who gave up two runs in the first inning and five runs in the second. A pitcher named Patterson started for Cleveland. He got through the first, but got whacked for five runs in the second and another run in the third inning. Clifford ‘Connie’ Johnson pitched a scoreless third and fourth; Paige worked the fifth and sixth (tagged for one run in the sixth); and Booker McDaniels allowed one run over the last three innings.

“Third baseman Parnell Woods was the offensive star for Cleveland, with two doubles and a home run. Joe Greene’s three-run second-inning homer over the left-field fence was the biggest blow for the Monarchs.”

According to The Negro Leagues Book published by the Society in 1994, Paige threw the final three innings of a 5-2 loss and was charged with the decision after allowing the three decisive runs on five hits. But he still helped Kansas City to a four-game sweep of the Homestead Grays in the 1942 Negro World Series.

Well, for no television and limited, if any, radio, this three-game set offered enough offense to keep fans entertained; that’s for sure. I just wonder how many fans filled out their scorebooks at Legion Field.

But more importantly, as America celebrates the 100th anniversary of the Negro Leagues, Port Arthur played a small but important part in its history, another gem unearthed for all of us to celebrate. Thank you, Satchel, thank you, Monarchs and Buckeyes, and thank you, Mr. Nowlin.

Maybe, one day real soon, Port Arthur parks will light up their scoreboards again with legions of kids playing for the love of the game and grown folks passing — wait, enjoying — the time outside.