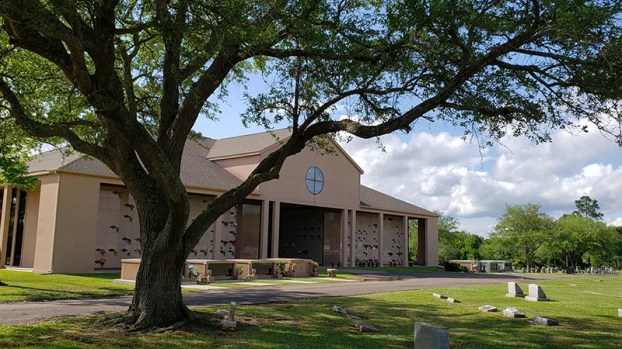 PORT NECHES — A thief or thieves went through Oak Bluff Memorial Park in Port Neches, stealing upwards of 40 brass fixtures and dumping flowers and American flags to the ground.

The thefts of the vases at Oak Bluff, located at 618 Block Street, happened sometime overnight between Wednesday and Thursday.

“It was throughout the cemetery, completely random and seems like they chose areas close to the paths in the cemetery,” Port Neches Police Det. Scott Thompson said.

All of the gravesites hit were in the exterior part of the property and not in the mausoleums.

PNPD is working to find those responsible for the felony thefts.

“We have contacted the scrap yards, I dropped off some cards at some of the locations,” Thompson said. “By law they cannot accept any items from a cemetery but that’s contingent on them following the law.”

Thompson said he spoke with a manager at Oak Bluff who said she would be in contact with the corporate office for access to video cameras.

In addition, the manager told Thompson she would contact family members of the people whose gravesites were robbed.

The crime is considered a felony. Each vase is worth approximately $600; however, there is a statute in the penal code that says it is a state jail felony if, regardless of value, the property is stolen from the person of another or from a human corpse or grave.

The detective said if he is able to present the case to the District Attorney’s office it could be filed as the above or for the aggregate amount of value of the theft.

“This is 100% disrespectful and they need to be caught,” he said.

A representative for Hauck Enterprises, which owns Oak Bluff Memorial Park, was out of town and unavailable for comment.

An employee at the cemetery said she was unable to comment as well.

If you have any information at all regarding this felony offense, contact Thompson at 409-719-4239, email sthompson@ci.port-Neches.tx.us, or contact Crime Stoppers – 833Tips.com

See how record number of COVID-19 confirmations break down across Mid-County, Port Arthur

A record number of COVID-19 cases were reported Thursday in Port Arthur and Mid-County. In all, health officials reported 54... read more