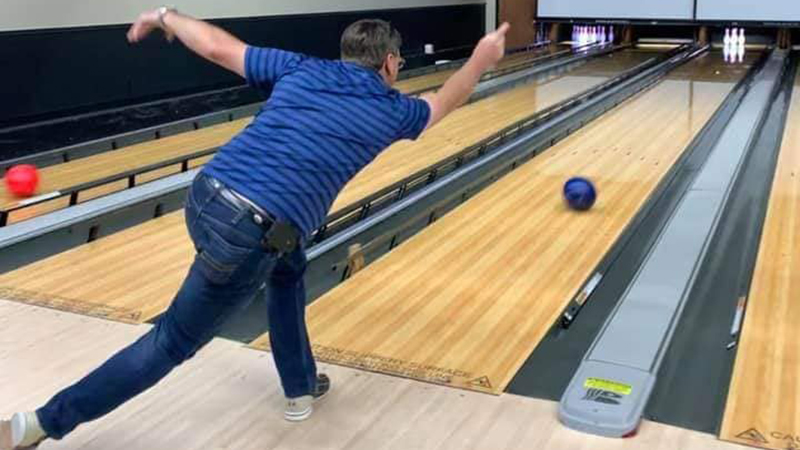 Bowlers were just waiting for the pins to be reset.

League bowling events at Max Bowl in Port Arthur took a break from March 19 to June 4, but are now back up and running. Other than adhering to mask and social distancing requirements, league play is mostly back to normal.

Depaz said 18 teams are competing in the Thursday league sponsored by DJ’s Boudain. She said the cost to participate is $21 per person, with five people to a team.

“You gather and play three games competitively,” she said. “At the end of the season we have prize money to pay out as well. That’s the big-money leagues, and they’re playing for a good amount of money, so everybody’s really excited and very competitive out here.”

The break pushed the Thursday league’s schedule back by a few months, but Depaz expects there is about a month or two left to go in the competition. The fall league will start a couple of weeks afterward.

“Normally the leagues would have ended in late May or early June, but because of the break we had to take we’re having to extend them,” Depaz said. “Our fall season league will start back up in September. We’re only taking a week or two off between the leagues and then we’re starting back up.”

Open play, on the other hand, has felt impacts from the COVID-19 much more prominently, as there are fewer people now coming to play.

“We’ve been hit pretty good,” Depaz said. “Not a lot of people are coming out due to the COVID-19 virus, as well as the social distancing rules, and having to wear facemasks. We’re pretty dead around 75 percent of the time.”

“We have changed some of our business hours, hoping that we have a little more open play,” Depaz said. “But everything as of right now is staying the same until further notice.

“We’re hoping everything will return back to normal, but as of right now everything’s being played by ear, and we’re trying to follow the rules that the governor set, as well as the USBC.”

Until then, Depaz said Max Bowl hasn’t had any problems getting teams to stick to the new requirements.

“There are people who have been here for a while, and they’re pretty good about listening to not only what we have to say but, of course, the judges and the governors and the rules that everybody’s setting,” she said. “They’re here 36 weeks out of the year, so they’re pretty comfortable and know when to follow the rules.”