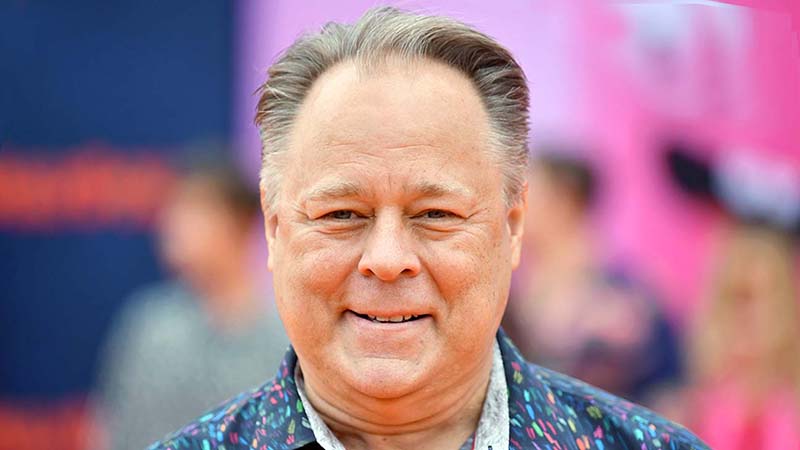 Several decades ago I crossed paths with then animated film director and screenwriter Kelly Asbury before he had some of his biggest hits.

I was in my early 30s attending Lamar University and working toward a teaching degree. I was an older-than-normal college student, married with three kids. And because I was in journalism in high school I was able to get a job at University Press.

I was initially pretty bad at this little part-time job because of my shyness. But I digress.

One day Asbury was at the campus and LU’s journalism guru Howard Perkins asked me to interview him. I remember sitting outside on a bench and talking with him, going through the motions like I knew what I was doing. So shy and devoid of confidence I can’t believe the interview even happened.

The idea that I was talking to a man who would go on to direct Oscar-nominated films and work on some of the most entertaining animated films did not dawn on me at the time.

He was humble, easy to speak with and patient with me. After our talk I walked off a few steps, balled up some courage and asked if he could give me his autograph for my kids.

“Best fishes” he wrote with a simple cartoon fish along with the names of my three kids. I still have it in a Ziploc baggy along with other cherished mementoes.

Asbury, 60, died recently after battling abdominal cancer, according to the University Press, which published the death story about the LU alumnus.

He was a Beaumont native who studied under artist Jerry Newman while at Lamar and he also drew editorial cartoons for the same student newspaper that I briefly worked at.

That chance encounter stayed with me and every time I learned he was involved in a project I became excited.

He began his career at Walt Disney feature animation in 1983; he directed five animated feature films during his career, including “Spirit: Stallion of the Cimarron,” which was released in 2002; “Shrek 2″ in 2004, which he co-directed with Conrad Vernon; 2011’s “Gnomeo & Juliet”; 2017’s “Smurfs: The Lost Village”; and 2019’s “Ugly Dolls,” which starred Kelly Clarkson, Nick Jonas, Janelle Monáe, Blake Shelton and Pitbull.

Other credits include “The Little Mermaid,” Tim Burton’s “The Nightmare Before Christmas,” “James and the Giant Peach,” “The Prince of Egypt,” “Chicken Run,” “Shrek,” “Wreck-It Ralph,” “Frozen” and “Sherlock Gnomes.”

Asbury was also credited as a writer in the 1991 animated “Beauty and the Beast,” and worked as a story artist on “Toy Story” in 1995 and both “Kung Fu Panda” and “Madagascar: Escape 2 Africa” in 2008, according to the University Press.

The Museum of the Gulf Coast in Port Arthur has an exhibit dedicated to Ashbury, and museum director Tom Neal shows children a video featuring Asbury to introduce them to the notable people in the museum.

He was a down-to-earth man who lost his dad when he was 12. His mother instilled in him a great work ethic.

Asbury, with his many creations and contributions to entertainment, will be missed.

Mary Meaux is a news reporter at Port Arthur Newsmedia. She can be reached at mary.meaux@panews.com.