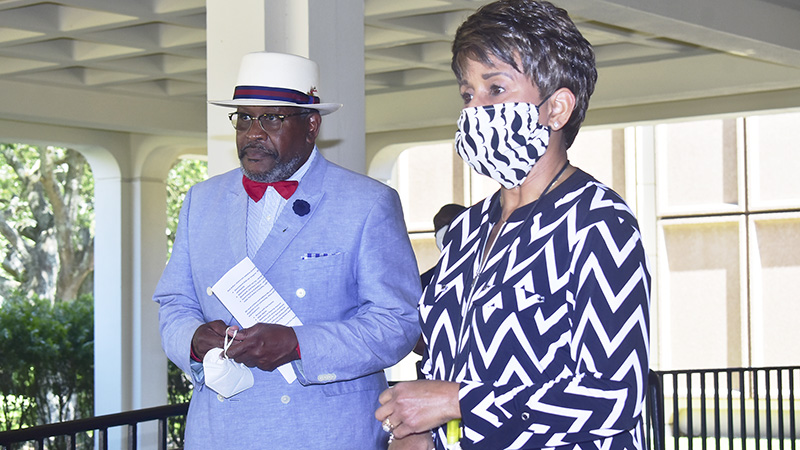 Port Arthur saw its sixth COVID-19 related death this week as total positive cases in the city are now more than 190.

The latest individual who passed away is an African American female between the ages of 60 and 65. Her death was reported Monday. It is unknown if she had any underlying health issues.

The other five victims:

There was one COVID-related death in Nederland; a white female between 85 and 90 who had underlying health issues. Reported on April 21.

There have been no deaths reported in Groves or Port Neches.

Port Arthur Health Director Judith Smith since testing began in Jefferson County on March 24. As of Tuesday evening, Port Arthur has had 191 individuals test positive, Groves has 42, Nederland has 54 and Port Neches is at 33.

Smith said 80 percent of individuals who contract COVID-19 will have mild to moderate symptoms and fully recover, but they may spread the disease to people who are at high risk.

There is a recent trend of younger people testing positive, health officials said.

“We are seeing more 20s and 30s and even teens with those in their 20s being more increased,” Smith said. “We don’t know if it’s because that age group was mostly out and about before [Jefferson County] Judge [Jeff] Branick issued the mask ordinance and they were not wearing masks. Maybe they are the ones who are asymptomatic and may feel like it they get it, it would not be serious. It’s always a concern that you will spread it to somebody who might get it more serious.”

Smith said the only explanation she sees for the increase of positive cases among those in their 20s is that they are not staying at home and are out at places where it is difficult to social distance.

The youngest person locally who died from the novel coronavirus was in the 45 to 50 age range. The oldest was between 80 and 85.

There is no vaccine and the only prevention is to try and protect yourself, Smith said.

Smith has seen individuals who visit the health department for appointments and other reasons get frustrated with the requirement of wearing a mask.

“The majority of people fully understand. It’s a handful that don’t,” she said. “The only thing any health official would wish for is for community spread to be stopped.”