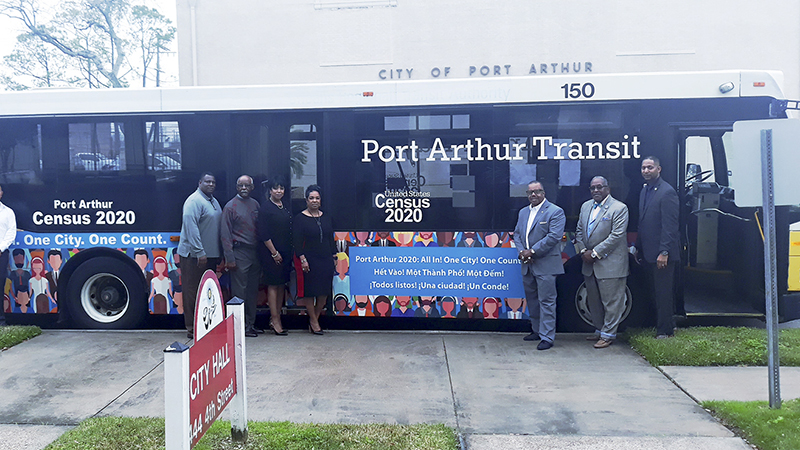 The response rate to Census 2020 in Port Arthur has increased only 1.1 percent in the past 34 days.

Representatives with the U.S. Census Bureau presented the numbers to the Port Arthur City Council during a special meeting Tuesday via zoom.

“Our census operations have been extended,” said Rebecca Briscoe, a partnership coordinator with the bureau. “If we did not have the pandemic, our operations would end on July 31. Instead, they will be extended to Oct. 31.”

City council districts 1 and 2 are experiencing the lowest response within Port Arthur, ranging between 31 and 40 percent. Districts 3 and 4 are at a slightly higher range, between 41 and 50 percent.

Briscoe said census workers would begin to aggressively reach out to residents so that the city can remain at or above a threshold of 50,000 residents to avoid losing federal funding. Port Arthur’s estimated population as of July 2019 was 54,280, and its population during the 2010 census was 53,818.

“The data we capture today will impact how we evolve over the next 10 years,” she said. “We can exceed the 50,000 population mark so we can get the resources that we need.”

Tiffany Guillory, also with the Census Bureau, said workers would reach out to apartment complexes throughout the city next week and needed places of worship and essential businesses such as grocery stores to promote response to the census questionnaires.

“I truly believe the key to a successful census will be a grassroots effort, going door-to-door,” District 4 Councilman Harold Doucet said, adding census workers could help residents complete the response.

Customers needing to pay delinquent water bills will be allowed to enter the water utilities office at the city hall Annex Building starting that date at 8 a.m. Only two customers will be allowed in the building at a time.

All water customers are asked to call the Billing and Collections Division at 409-983-8230 to make arrangements for paying outstanding balances or visit the office as soon as possible.