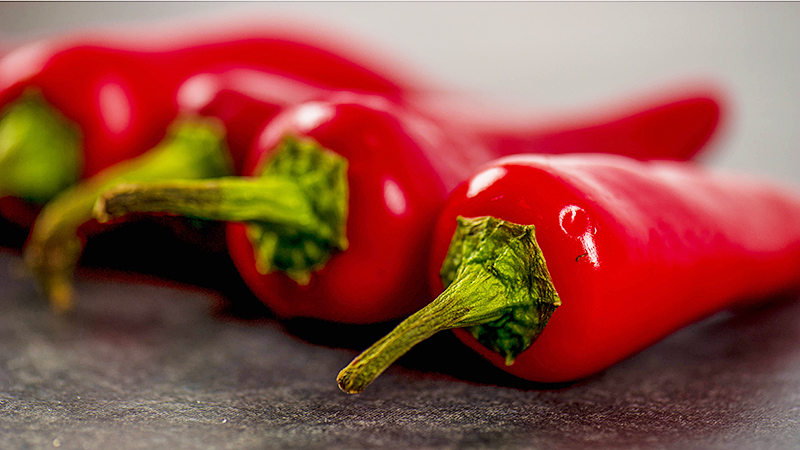 If your tongue is burning, your eyes are watering, and you can’t stop sneezing, then you probably just ate a chili pepper.

Chili peppers are high in Vitamins A and C, and one red pepper can meet the daily requirements for these two antioxidants. However, these fiery red delights, when hot enough, can blister your tongue and send you running for a glass of cold milk.

The heat of peppers comes from the substance capsaicin and is measured in Scoville units, the amount of water needed to dilute the pepper until you can’t feel the heat.

This year many gardeners have been blessed with an overabundance of peppers.

What do you do if you have more peppers than you want, and you have shared so many that your friends don’t want them either?

Most people don’t want to sit and eat just chili peppers, and they normally use only one or two peppers at a time when cooking. Last year and this year, we grew habanero, ghost peppers and jalapenos.

In the past, we have also grown scorpion peppers and Carolina Reapers. When it was time to harvest, I didn’t want to eat the pepper by itself because the ghost pepper itself would blister my tongue.

However, I didn’t want to waste them either. Therefore, I froze some, dehydrated some, pickled some and made jelly out of the rest.

When freezing peppers, chop them to the desired size, put them on a cookie sheet or small tray and set them in the freezer.

After frozen, transfer them to a plastic zipper bag and use as needed.

To dehydrate peppers, put them on a dehydrator or in the oven at 150 degrees until they are crisp, but not burnt.

Then store them in a cool dry place or put them in a coffee grinder (one used only for peppers) and grind them into a powder. Don’t forget to wear gloves and a mask when working with chili peppers.

Is it worth it to grow hot peppers if they are going to set your mouth on fire?

First, it is fun to say that you have grown the hottest peppers in the world. In addition, chili peppers, especially the ghost pepper, have excellent flavor as long as you use a tiny amount.

I can take a pinch of ghost pepper powder and flavor a whole pot of chili. Delicious!

You can reach Jefferson County Master Gardener, Melissa Starr, at melynstarr@hotmail.com or call the AgriLife Ext. Office at 409-835-8461.

ASK A COP — Can officers hide to catch speeders?