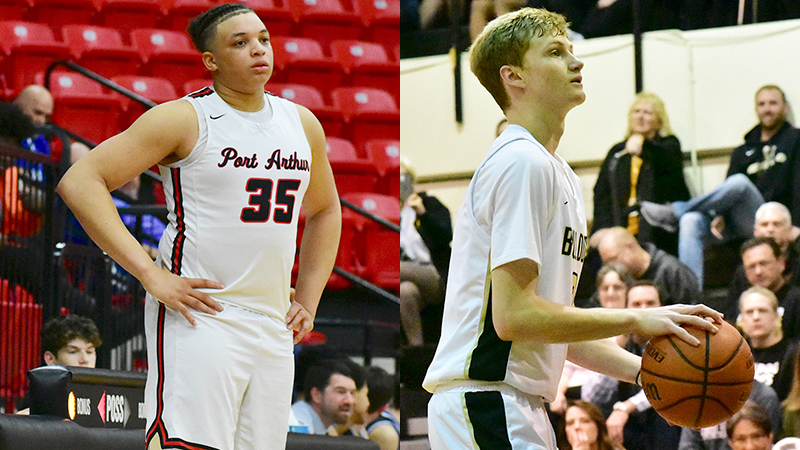 This is not what a normal summer for Nederland’s Hayden Hefner and Memorial’s Kenneth Lofton Jr. would have looked like without the COVID-19 pandemic.

The two graduating seniors will be going to Texas A&M and Louisiana Tech, respectively, to play basketball, and indeed they would already have been there under ordinary circumstances.

“The normal summer would have been moving up there about May 28, start workouts the first of June, have team lifting, maybe run some pickup games in the summer, getting to live on campus, getting used to the city, getting used to where everything is, being with the guys and getting to meet all your teammates with a bunch of team bonding,” Hefner said.

As it stands, Hefner is waiting at home to hear when he’ll get to make his move to College Station.

“It’s still up in the air,” he said. “Really just day-by-day the coaches will contact us and keep us in touch. We’re just waiting on the word.”

Lofton already has a date: July 5. That’s when he’s going to move to Ruston, La. So far, though, the summer has actually felt a lot like previous summers.

“I think I’d be up right now,” he said. “Since the pandemic, it’s about the same as every other summer, working out and being better than you were last season.”

Lofton and Hefner haven’t been idle. Both have been working out and doing their best to stay in shape on their own.

Lofton said he practices drills, shooting and sometimes goes on runs early in the morning at the seawall.

“I talked to the strength and conditioning coaches, and they send me stuff that I work on at home and other places like the YMCA since it’s opened, and certain gyms,” he said.

Hefner has been using the track at Nederland High School, since Bulldog Stadium is closed while it undergoes renovations. He also has access to a local church gym.

“I use the track at the high school a whole bunch, running a couple of miles a day and just really trying to work on ball handling so I don’t lose any of the touch over this time,” he said.

Hefner is taking classes online during the summer sessions, many of which are for incoming freshman to help them learn to adapt to campus life.

“The first summer session started at the beginning of June,” Hefner said. “So I’ve been taking classes online, and doing a bunch of Zoom meetings and stuff like that, so we can get acclimated to what it’ll be like when we get there in the fall, because I’m sure the classes will still be all online. It’s been good.”

Lofton is waiting to hear when his orientation sessions are going to be, but until then he’s enjoying his summer.

Neither one is nervous about college.

“I feel like my family and my coaches prepared me for what’s next in life so I can make the next step,” he said.