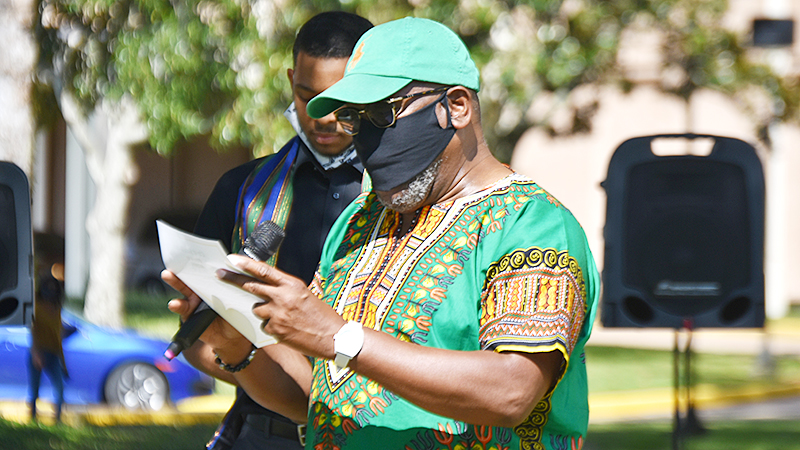 Mayor Thurman Bartie reads a proclamation during a Juneteenth celebration at the Port Arthur Sub-Courthouse in 2020.

The city order, which immediately went into effect, adopts the order from Branick requiring public establishments to implement a policy requiring workers and customers to wear face coverings.

Peace officers, Port Arthur Code Department inspectors and the office of the fire marshal are authorized to enforce the order, which could result in a fine not exceeding $1,000 for each offense.

Abbott on Friday issued executive order No. GA-28, which limits restaurants to 50 percent occupancy of the maximum capacity starting Monday (June 29); shuts down bars, liquor stores and other establishments that receive more than 51 percent of their business from alcohol sales (but may remain open for delivery and take-out); closes rafting and tubing businesses and requires approval of outdoor crowds of 100 or more people from local governments with certain exceptions.

Abbott did not set an expiration date for his order.