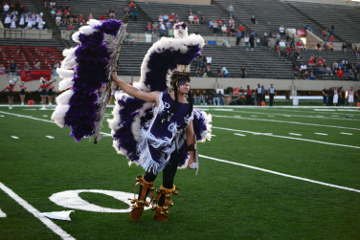 Geisel is a junior at Louisiana College and took part in nine matches during the spring season before it was shut down by the COVID-19 outbreak.

He maintained a 3.22 grade point average in missions and ministry.

Geisel was joined as an Academic All-Conference member by Britton Patton, a junior from Pineville, La.

Seven other Wildcats from Louisiana College were also named to the ASC’s Distinguished Scholar-Athlete teams, along with 48 Wildcats honored on Academic-All Conference teams.

To be named Academic All-Conference, a student-athlete must have been enrolled at LC for a full academic year, be at least a sophomore in academic standing during his or her competitive semester, and have at least a 3.0 GPA at the end of the semester upon which their sport championship is held.

One player from each team is chosen to represent LC on the Distinguished Scholar-Athlete team.

To be eligible to be named Distinguished Scholar-Athlete, a player must meet the above criteria, but must maintain a 3.2 GPA or greater while appearing in at least 50% of the team’s games.

When it comes to supporting the nursing students of Southeast Texas, Golden Triangle Emergency Center has proven itself among the... read more