PA native Donald Reed on Prairie View AD move: “I wanted to have a bigger impact” 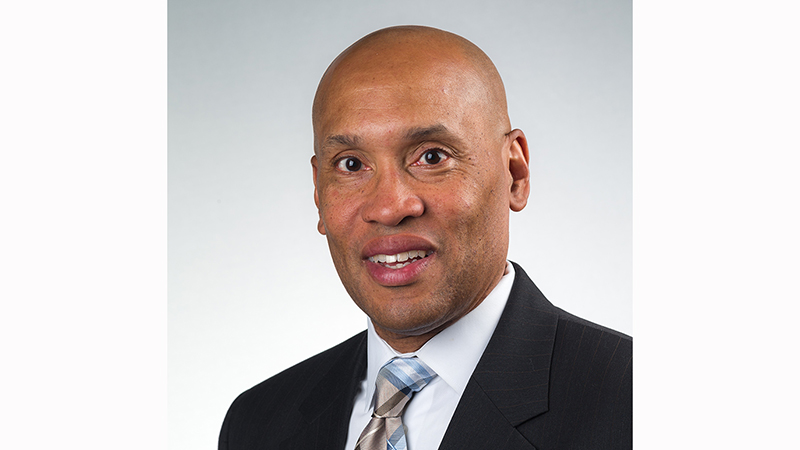 Donald Reed discovered sports administration when he began working toward his master’s degree at the University of North Texas.

That is where the Port Arthur native walked on to the basketball team as an undergraduate and became teammates with a future Texas High School Basketball Hall of Fame coach named Andre Boutte.

“I coached a year of basketball, and I didn’t want to be a coach,” Reed said. He had served one year on the North Texas women’s basketball staff before deciding he could work in administration.

That transition eventually brought Reed much closer to his hometown with his appointment as athletic director at Prairie View A&M University. The school on Wednesday announced his hire, which takes effect July 15.

Reed, 55, is coming back to Texas after spending the last 12 years at the University of Buffalo in New York. He has been the school’s senior associate athletic director since 2010.

“Prairie View is steeped in history,” Reed said. “The second-oldest education of higher learning in Texas. Great leadership with President Ruth Simmons, and her vision for the university was in alignment with what I felt and what I wanted to be a part of. It helped clear things in my mind with regard of being part of a great thing going on at Prairie View A&M.”

Son of an administrator

Reed grew up on 13th Street in Port Arthur and attended Edison Middle School and Thomas Jefferson High School, graduating from the latter in 1982. His father, Dr. Louis Reed, was superintendent of the Port Arthur Independent School District when he retired in 2003.

“I’m glad he achieved his goal,” Louis Reed said of Donald. “That’s what he desired to do when he got involved in athletics. He wanted to reach the goal of athletic director.

Anytime you achieve your goal, that is satisfying. You like to see your people that you mentor reach their goal and reach a level of satisfaction.”

Dr. Melvin Getwood, an assistant superintendent in the Port Arthur ISD, is close to the Reed family and said he “can’t think of a more deserving man” than Donald.

Louis Reed’s mother and brother attended PVAMU, among other relatives, and received degrees. Donald Reed holds a bachelor’s degree in marketing and a master’s in education and sports administration, both from North Texas, and a doctorate in educational management and development from New Mexico State University.

Running with the Bulls

Buffalo competes in the Mid-American Conference and has only been a member of the Football Bowl Subdivision since 1998. The Bulls’ football team has played in a bowl game each of the past two seasons, the men’s basketball team has produced power-conference head coaches including Arizona State University’s Bobby Hurley and University of Alabama’s Nate Oats and the women’s basketball team, in just its second NCAA tournament appearance, reached the Sweet 16 in 2017.

In the classroom during Reed’s time there, Buffalo set a record of 13 consecutive semesters of 97 percent of teams reaching a grade point average of 3.0 or better.

“[I gained] the ability to acquire talent, not only athletic talent, but staff, coaches, administrators, support staff, as well as resource allocation, how to wisely use the resources to achieve the goals you wish to achieve,” Reed said.

Warde Manuel, now athletic director at the University of Michigan, recruited Reed to Buffalo from Iowa State, where Reed was associate athletic director for academic and student services. Reed also was managing director of developmental programs at Arizona State.

Joining the pack of Panthers

“Among a competitive field of candidates, Dr. Reed impressed the Search Committee with his record of accomplishments, breadth of experience, commitment to student-athletes and managerial acumen,” Prairie View Vice President for Student Affairs Dr. Timothy Sams said. “These attributes will greatly benefit our athletics program.”

Reed is taking over a Southwestern Athletic Conference department that has a $17 million operating budget and has seen some success in recent years.

The Prairie View men’s basketball team was in the process of defending its SWAC championship from 2019 when the coronavirus pandemic put a halt to 2020 tournament. The Panthers went 19-13 (14-4 in the SWAC) and had just won its first-round game — the 27th in a row at home — when the rest of the tourney was canceled.

The PVAMU football team finished 6-5 (4-3 in SWAC) last year, a one-game improvement from the year before. But the team is disqualified from postseason play in 2020 as a result of a low Academic Progress Rate, which the NCAA uses to measure student academic progress for eligibility and retention.

Reed addressed his plan for academic support for football and other sports at Prairie View, where 10 teams recorded a grade point average of 3.0 or better.

“The academic support component will include tutoring and learning skills, and a performance specialist will help students understand how to become efficient learners,” Reed said. “A lot of support services will be available. An early alert system will give an indication to the students and staff where a student is in real-time.”

Asked about his immediate plans at Prairie View, Reed said he would like to look at the athletic department from a holistic standpoint and get a sense of its needs from meeting with staff members and consulting school President Simmons. He also will address how the department can handle the coronavirus pandemic and ensure the safety of student-athletes, staff and fans; and he’ll focus on helping student-athletes have a “first-class” educational experience.

“The trajectory is really great and I hope to build on the legacy and tradition and sustain excellence in athletic program as well as academics,” Reed said.