Mayor: Loss of jobs at Motiva won’t have “such a bad effect” on Port Arthur 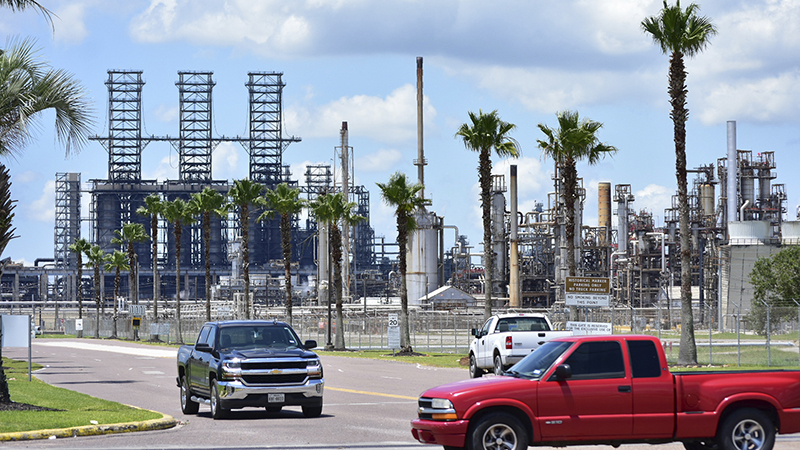 Vehicles drive in and out of, and past, the Motiva Port Arthur Refinery on Monday. (I.C. Murrell/The News) 6-15-20

The impending loss of 200 salaried and professional contract employees with Motiva Enterprises won’t heavily impact Port Arthur’s economy because only a few of the employees are residents of the city, its mayor said this week.

Thurman Bartie did express sentiments Monday to those who will be impacted, a day after Motiva confirmed the cuts are expected to be made by September as a result of the impact of the coronavirus pandemic. Press representatives for the oil refining company told The News in a Sunday statement that it will combine Port Arthur Refinery and Port Arthur Chemicals into one Port Arthur Complex.

“When we look at the number of Port Arthurans who are employed there, I don’t think it has such a bad effect on Port Arthur because we don’t have the jobs anyway,” Bartie said. “I still have sentiments and feel badly for them, no matter where they live, but because of the inability of Port Arthurans to be considered for employment there, the layoffs don’t allow our unemployment numbers to be greater. I just have to be honest about it.”

Residents have considered a lack of Port Arthurans employed by local refineries and chemical plants a source of controversy for years. Out of 1,550 who work in Port Arthur’s refinery, 186 live in Port Arthur, according to a Motiva employee with knowledge of the situation. The person requested anonymity because he is not authorized to make a statement.

Motiva was asked about, but did not confirm, the number of locals working there.

Motiva Enterprises employs 2,700 across its U.S. operations. The upcoming layoffs will include those who work at the refinery, chemicals, terminals and Houston headquarters.

“Motiva is looking across the organization — from corporate headquarters, terminals and Port Arthur facilities — for opportunities to accelerate capturing existing synergies and optimizing processes,” the company said.

It added that hourly employees, maintenance personnel and lab team members will not be included in the layoffs.

The company is in the process of renovating old buildings in downtown Port Arthur into a new office campus, but acknowledged the timeline for renovations have slowed down. Employees and contractors not directly involved in site-specific maintenance or operations will occupy the office space.

“Motiva plans to be a vital and active part of the Port Arthur community for decades to come,” the company said. 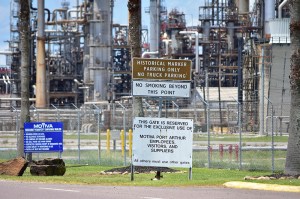 “Any Port Arthur resident unemployed [or] underemployed, we can assist them in training and new training,” said Floyd Batiste, CEO of the Port Arthur EDC. “They have to be a Port Arthur resident. We set up to $6,500 for tuition as long as they maintain their grade average. We work very closely with Lamar State College Port Arthur and [Lamar Institute of Technology].

“We work closely with Texas Workforce because they have tax dollars to train persons. They are allocated funds to help those who are laid off.”

Bartie estimates 130 of those facing job losses have earned degrees and will have difficulty finding jobs such as engineering, accounting and analysis given the current economic state.

“Those jobs are not considered to be residual for those companies to survive,” Bartie said. “They only have them because their sales were greater.”

**This version has been CORRECTED to reflect the number of Port Arthur residents working at Motiva, according to the source with knowledge of the matter**