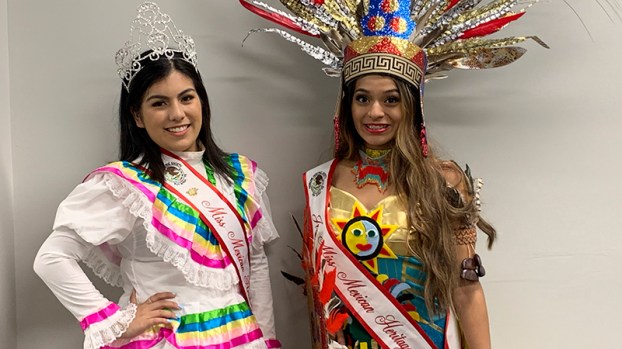 Originally noted for sometime in November, board members reconvened to change it back to its original Sept. 12 date.

President of the Mexican Heritage Society Zulema Escobedo said the board felt it was in the best interest of the community and the non-profit organization to host the annual fiesta as planned.

“We were going to postpone it,” she said. “We wanted to have it before the end of the year in November. We spend a lot of money on our heritage so when we made that original announcement we thought people were going to be happy that at least it wasn’t cancelled. People were not happy.”

Escobedo said many commentators on the original post assumed the date change occurred because of the city’s unwillingness to host the event.

It was not a city decision, she said.

“They were upset,” Escobedo said. “People were commenting saying that’s not right. Why did they cancel the event?”

Many people began to consider hosting their own heritage event in Port Arthur without the Mexican Heritage Society’s guidance.

Escobedo said when she saw that she knew she had to talk to the board.

“We’ve been around for 52 years, and if it’s not an organized event it won’t be done with rules,” she said. “We went back to the drawing board and discussed our options.”

Options included hosting the event in November as planned or switching tactics and enforcing safety rules for a September date.

“We as a board decided to hold it on the original September date,” Escobedo said. “We can enforce rules if we handle the event ourselves, because a lot of people really don’t care about the virus anymore. People are at the restaurants, the beaches and the stores. We should be able to host our event, but we know we can do it in a safe way.”

The main question remaining: “What are we going to do with how many people are coming in?” Escobedo asked.

The event, hosted at the Bob Bowers Civic Center every year, has a 1,200-person capacity.

“We usually enforce a capacity,” Escobedo said. “People come in and out, so that’s one thing we need to reevaluate. We want to be smart about it, but I would hate to tell someone they can’t come in and support loved ones or businesses. We might consider pre-ticketing, but I hate that, too. We are a non-profit. Our money goes towards scholarships, so in my mind if we limit the people they may not come at all.”

Escobedo said a decision will be reached closer to the day.

A live Tejano band is still booked for the fiesta, alongside food vendors, merchandises tables and crafts.

The annual pageant and dance is still scheduled per usual.