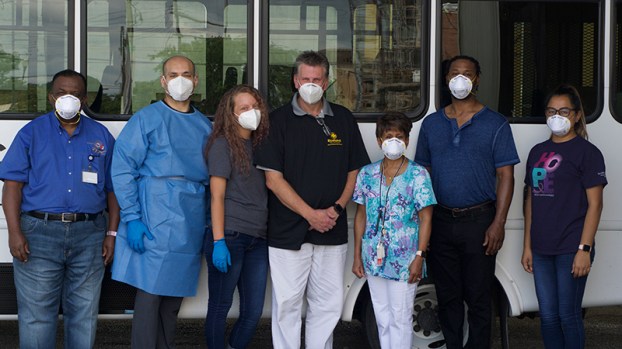 The death toll from coronavirus in Port Arthur now stands at five after a black female aged between 80-85 succumbed to the disease.

It is not known, however, whether the woman had underlying conditions, PAHD Director Judith Smith said. Health officials have stated persons 65 and older are at greater risk for COVID-19.

A hospital that confirms a person has died of coronavirus will sometimes confirm whether the person had underlying conditions, Smith added. The woman who died Friday was not previously reported to have coronavirus.

“When we get a person who is COVID-positive, we’re talking to an individual in the family,” Smith said. “When we report a death, that is different. We’re mainly talking to the family as contacts and what needs to be done within the guidelines as contacts.”

According to the latest news releases, Port Arthur has confirmed 70 positive cases after the PAHD announced a female between the ages of 10-15 and male 35-40 contracted COVID-19 on Saturday (June 6) and a female 45-50 was diagnosed with it on Monday (June 8). Port Arthur had gone 10 days without reporting a positive COVID-19 case (May 17-26). Since, nine new cases had been confirmed.

Groves is up to 16 with cases of a 25- to 30-year-old female and 70- to 75-year-old male announced Saturday and an 80- to 85-year-old female confirmed Monday. Nederland stands at 16 cases and has the only other recorded COVID-related death in Mid- and South County, and Port Neches stands at nine cases.

“We know for certain once we start testing, we are going to have more cases, we know that,” Smith said. The PAHD and Riceland Healthcare Systems held a testing clinic on June 3 at no cost to citizens, with two more planned.

Patients are asked to bring proof of insurance if they have it. Those without insurance will not be turned away.

The Texas Department of Health Services will staff a testing site at the Groves Senior Citizens Center, 5649 W. Washington, from 9 a.m.-6 p.m. Wednesday (June 10) by appointment only. Residents who want to be screened are asked to call 512-883-2400 or visit txcovidtest.org.

“As businesses start opening and more people are out and about, we will probably, unfortunately, see more cases,” Smith said. “We just hope it doesn’t rise significantly.”

Port Neches Police made the following arrests from May 25-31 Raymond Leiva, 42, driving while intoxicated 3rd or more Blaine... read more