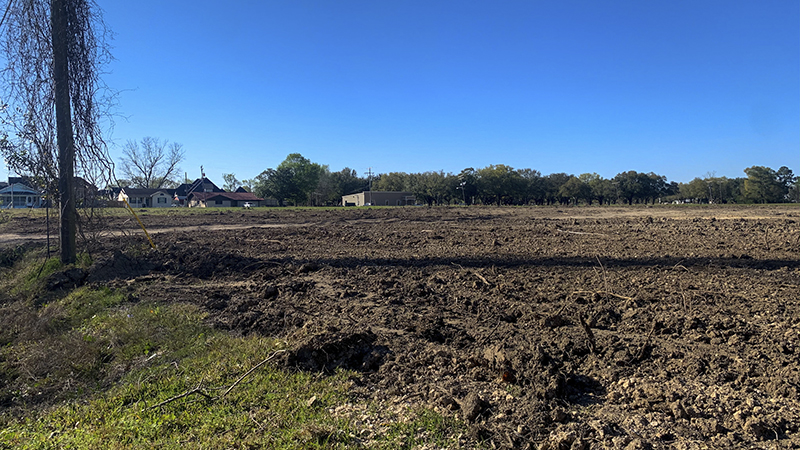 Construction on the Indian Pointe Subdivision will begin this summer. (Cassandra Jenkins/The News)

Dinh Nguyen of LLB Construction said they are in the process of bringing all the dirt to begin building on the backside of the plat.

“After that, we have a few more things,” he said. “The engineering and the city has a few details they need to work out. After all the details are resolved and completed we will start the infrastructure including sewer, water and storm drainage.”

The city council approved the final plat and plans for Indian Pointe contingent upon satisfactorily addressing comments made by city staff.

Comments include needing drainage district No. 7 approval, a letter from PNGISD, a storm water permit, dock access and other major items.

The development includes three phases­. Phase one is preliminary infrastructure, which will begin immediately.

“The infrastructure should take about a year,” Nguyen said. “It’s a lot of stress, but we’re ready to begin construction soon.”

Jon Carona with Advantage Real Estate is responsible for the sales and acquisitions of the project.

Nguyen said this frees up LLB Construction and 2DS Development to focus on other aspects.

“We do both,” he said. “We do the development and the construction. Two boats one stone.”

LLB Construction was approved in July 2018 for a bid for 31 acres of riverfront property at the corner of Block Street and Lee Avenue.

Other riverfront development projects will also begin in the next several weeks.

Street work associated with the riverfront will start on Monday, with water and sewer installation beginning the following week.

Final bids and a recommendation for the walkway are anticipated by the July 18 city council meeting.

Iguana Joe’s is also expected to submit their final plans in the next few weeks.