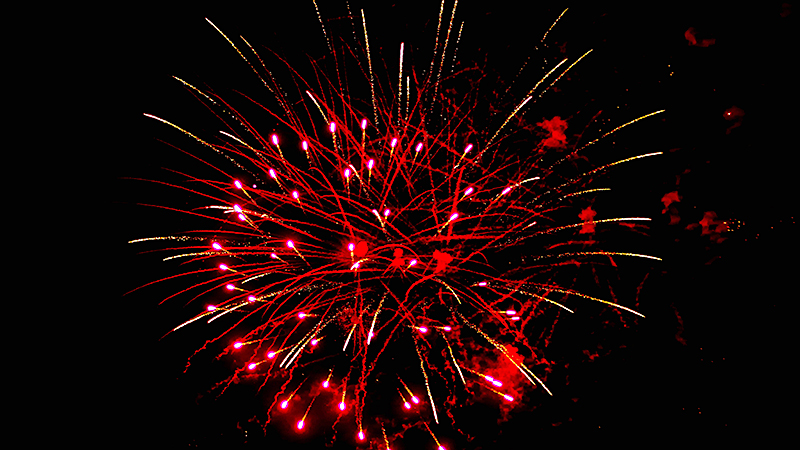 The Fourth of July is another holiday that may look (and sound) different this year.

The city of Port Arthur’s annual fireworks display scheduled for Independence Day is under review amid concerns of the coronavirus pandemic.

Port Arthur Mayor Thurman Bartie said that with event partners Lamar State College Port Arthur and Motiva Enterprises dropping out of participation, the city is unlikely to move forward with the fireworks display.

“LSCPA does not feel safe with folks inside the Carl Parker [Center] building because we have not contained the virus,” Bartie said. “That means we would not have our normal programming or entertainment. Without those two wanting to participate, the city of Port Arthur has to re-think our end of handling the actual firework display.”

A spokesman for Lamar State College Port Arthur deferred comment to city officials. A spokesperson for Motiva could not be reached before story deadline.

“We decided to opt out as well,” Bartie said. “There may be another day we can do the fireworks post-Independence Day. That’s the thinking that we embraced with the other two entities.”

Assistant City Manager Scott Moore said the issue regarding the fireworks ceremony will be brought to the city council at a later date.

The city of Nederland, which also hosts its own annual Independence Day festival, is planning on hosting a celebration.

Nederland City Manager Chris Duque said while the event might look different, the plan is to still host the ceremony.

“Exactly what that will look like, we don’t know,” he said. “It’s going to look different for sure. We have a lot of things under contract, but right now we don’t know what the governor’s plans are going to be as far as group gatherings. We are still waiting on more information from the state, but our plan is to definitely have the firework show.”

The Nederland Fourth of July celebration is held at Doornbos Park every year.

Duque said the fate of those extra activities relies on information coming in the upcoming weeks.

“If Fourth of July was this Saturday we wouldn’t be doing it, but we have four weeks until then and hopefully we will have some updated guidance on gatherings,” he said. “It’s one of our bigger events we have year-round. It’s a huge undertaking. It takes a lot of staff, community support and volunteers.”

Duque said the Fourth of July is a very important holiday and he is ready to see some normalcy.

“I know everybody is ready to return to what we think is normal, but the virus has affected a lot of things,” he said. “We are trying to do the best we can to still celebrate our independence, but keep our community safe.”

Duque said the goal for now is to make the event happen.

“We’ve had to reschedule the fireworks show in the past due to bad weather and we are under contract 365 days a year. We have a year window to reschedule, but right now our goal is July 4 of 2020,” he said. “Hopefully the coronavirus and Mother Nature won’t ruin it.”