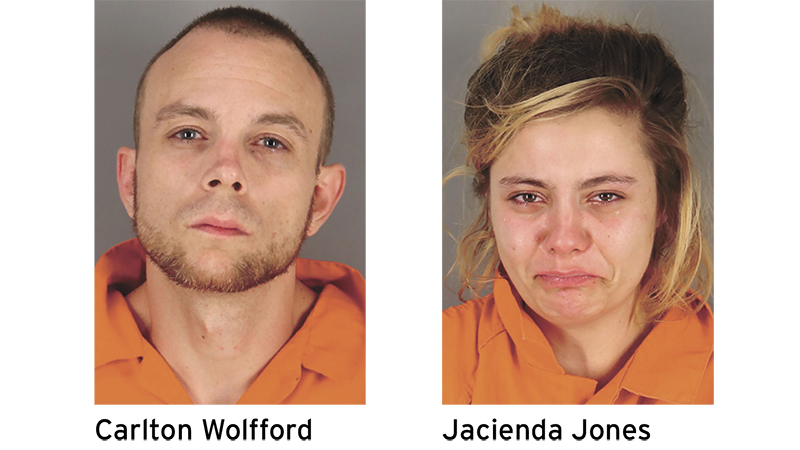 GROVES — An alleged shoplifting at Dollar General in Groves ended up with two Orange County suspects charged with evading arrest.

Police said a male and female entered the store Monday at 3800 Main Ave., and ended up attempting to steal less than $100 of groceries — some of which included Pop Tarts, candy, meat, cake frosting and wipes — which would normally be a Class C misdemeanor.

Police said an employee used pepper spray on the couple as they left the store. A tow truck driver from Brian’s Wrecker Service saw the pair as they placed items in the back of a car and positioned his truck to block the car from leaving, Groves Lt. Robert Phillips said.

A male in the car was able to leave at a high rate of speed despite the help from the wrecker driver. He has not been identified and his part in the crime is under investigation.

The duo left behind fled on foot, and the stolen items were recovered, Phillips said.

Approximately 90 minutes later, officers located two suspects in the 6100 block of Terrell — a quarter mile from the store.

“When they saw the officers, they began to evade on foot and were caught after a brief chase,” Phillips said.

Groves Police arrested Carlton Wolfford, 35, of Vidor, for felony evading arrest with previous convictions and bond is set at $5,000.

Also arrested was Jacienda Jones, 21, of Newton. She is charged with evading arrest and has a $1,000 bond.