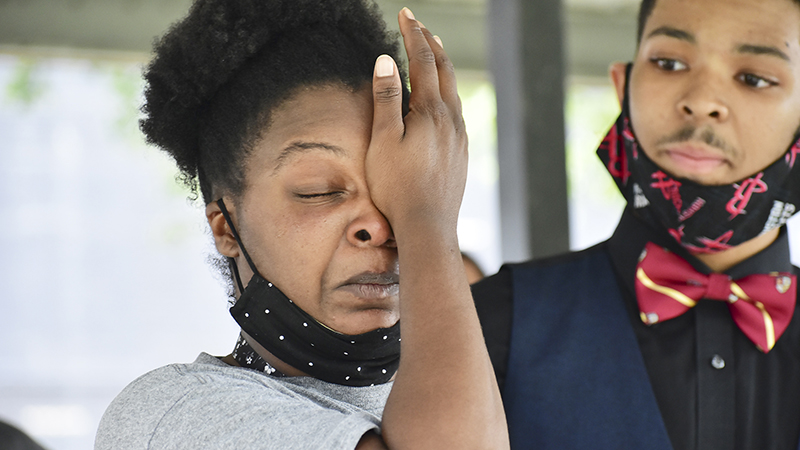 Taylor Getwood did not want to lose any momentum from Tuesday’s protests at the Pavilion against racism and police mistreatment, so the 17-year-old Port Arthur resident immediately staged another rally Wednesday at Martin J. “Popeye” Holmes Park.

“The energy was just too energetic and too high-strung for us to just end it there,” said Getwood, who will receive his associate’s degree from Woodrow Wilson Early College High School and diploma from Memorial High School on Saturday. “So, I’m basically doing the same thing the NAACP did, piggybacking off of them.”

The #WeShallBreathe rally Getwood organized didn’t draw nearly the same crowd size as the one the NAACP and city officials set up Tuesday, but it drew support from a number of community leaders, including local NAACP chapter President Kalan Gardner, Mayor Thurman Bartie and Police Chief Tim Duriso.

Getwood spoke with Bartie and Duriso earlier in the day in hopes of drawing support for future peaceful protests.

“The fact that he’s one of the star students in the Port Arthur Independent School District … we see a product in him of what we have in Port Arthur for future leadership,” Bartie said. “He’s on his way to Texas Southern [University]. I’m going to pray to God that he comes back to Port Arthur once he gets his degree and participates as a citizen here in Port Arthur, and we have a job for him and he can live comfortably and he becomes one of our future leaders.” 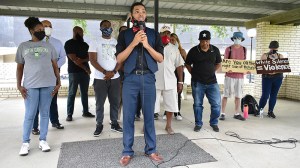 Getwood, who is president of the MLK Youth Group in Port Arthur, drew help from volunteers Porcha Williams, Chelsea Traylor and Terry Savoy-Hadley for the rally.

Addressing the crowd, Williams broke down in emotion reflecting on a Minneapolis police officer’s knee to the neck of George Floyd for nearly 9 minutes during a May 25 arrest caught on video, resulting in Floyd’s death and eventually charges against Derek Chauvin and three other cops. The incident sparked protests nationwide, many of which turned violent. 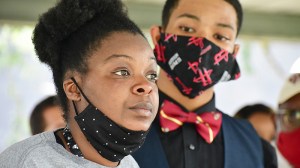 Williams made a plea for the safety of her children as a nation grapples with police relations with the public, adding she has to train one of her sons for a world where he can’t be a regular kid because he’s black.

“It’s not just my child, it’s every black child,” she said. “Every black mother and every black father that has to explain to their children what to do, even teenagers. They can’t just go to the movies no more with their friends. They’re always being policed, and it’s tiresome. It’s not just in Port Arthur. It’s in Nederland. It’s in Vidor. We can’t go to Vidor. We can’t go to Bridge City. We don’t have freedom. We can’t move around freely. And I’m tired, and I know I’m not the only one tired.”

Williams expressed frustration that she feels she can’t talk to city leaders sometimes, thus in part the protests that have allowed citizens to lift their concerns. Wednesday’s rally brought no sign of tension toward officials.

“One thing I did learn from [Tuesday], the community is really tired,” said Getwood, who will turn 18 on July 22. “The community is really serious. The reason I say that is that I saw parents there I had never seen before, parents we used to ask to come to PTA meetings and parents we used to beg to bring their children to afterschool programs for academic purposes, and it’s hard to get them out there. But this shows that they are really tired and fed up and had enough, and they’re ready to be a part of the change.” 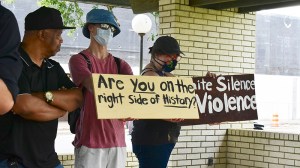