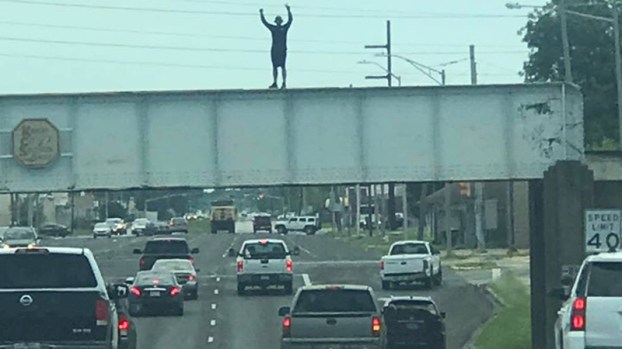 An unidentified man stood on the railroad trestle above on Woodworth Boulevard, where he held a brief, peaceful protest on Tuesday. (Courtesy photo)

An unidentified man stood on a railroad trestle above on Woodworth Boulevard where he held a brief peaceful protest on Tuesday.

Port Arthur Police responded to the incident at approximately 12:47 p.m. Traffic below was down to a crawl as police officers positioned themselves on either side of the underpass.

Det. Sadie Guedry said officers established contact with the man, who made a statement that all people should be treated equally. He was asked to get down off the trestle and he got off and walked away.

He was not taken into custody or cited, Guedry said. 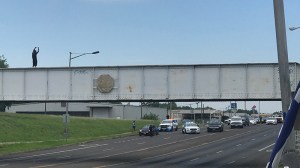 Port Arthur Police are saying a woman initially believed to have been involved in an altercation at Prince Hall Apartments... read more