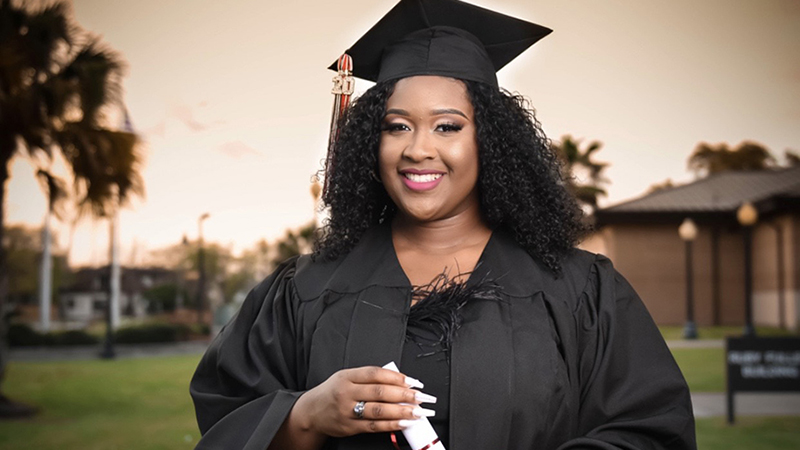 De’Janique Jones didn’t plan to sign up for Port Arthur’s Early College High School program after school officials first pitched it to her as an eighth grader.

But here is the reality:

On Saturday, Jones and 36 of her peers who applied and were accepted to the Early College High School in 2016 will be picking up more than their high school diplomas at Port Arthur’s Graduation Ceremony and Parade of Graduates.

They each will also be presented an Associate of Arts degree in Academic Studies from Lamar State College Port Arthur.

The 62 hours of college credit will transfer to any Texas university, meaning these students will be halfway to a four-year college degree. 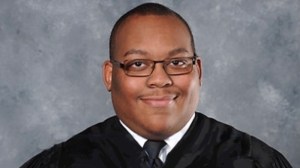 And the Early College High School program put together by LSCPA and Port Arthur Independent School District is free.

“When we got the [information] in eighth grade, I didn’t know how people paid for college,” Jacob Anderson said.

“But my perception of the situation was I was going to need some help.” 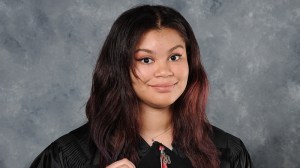 “It’s an opportunity you hear about in the eighth grade, and I say, ‘Go for it!’” she said. “You’re getting your basics out of the way and it’s free. You’re getting half your college for free.”

Anderson has enrolled to finish his bachelor’s degree at the University of Texas-Austin. Then he plans to attend law school. Thomas, who won a Motiva scholarship, is moving on to Beaumont to pursue a bachelor’s in nursing from Lamar University.

Bey’Ounce Banks is valedictorian of the Class of 2020 at Memorial High School, of which the Early Childhood High School is a part.

The renovated Woodrow Wilson school, across Lakeshore Drive from LSCPA’s main campus, has been home to ECHS since 2017, when this year’s grads were 10th-graders.

Banks finished with a weighted grade-point average of 5.2364.

A total of 64 PAISD students graduated from ECHS as 2020 seniors, dividing their school days between classes on one side of Lakeshore Drive (Woodrow Wilson) and the other (LSCPA).

Of the total, 27 are shy a handful of credit hours of earning their Associate degrees.

“The ones who didn’t get their degrees have a couple of classes they still need to take still,” said Janice Hendrix, counselor at ECHS. “Several of them are taking classes this summer so they can participate in the rescheduled LSCPA commencement July 30.”

By the 11th grade, their junior years of high school, most students had passed the Texas Success Initiative (TSI) of College Readiness and were spending most of their school days on college classes.

“By their senior year, the majority of their courses are college courses required for the degree,” Hendrix said.

One hundred and one students began as freshmen in the first Port Arthur ECHS class in the fall of 2016 and about 100 new ninth-graders have joined the program each year since. But not all stick it out.

“Some people decided the program wasn’t for them,” Thomas said. “I had friends that went to Memorial and said it was easy. We had to put in more work at Woodrow.

“But I’m expecting less stress now. Where most people have to go for eight semesters at a four-year university, I’ll only need half of that, and I’ll have less stress paying off student loans and stuff.”

Like Anderson, Banks had scholarships to attend the University of Texas. But the distance, as well as the cost, helped her decide to attend McNeese University in Lake Charles. She wanted to stay close – but not too close – to home.

And once she locks up that four-year degree, she plans to go to medical school to become a doctor.

“Growing up, education has always been important; I always dreamed of being valedictorian,” Banks said. “My parents and I decided it was best for me to go to college for free.

“But going over there, the classes get really hard. You go to high school and it’s, ‘Geez, calculus!’ But there is a big difference between high school and college. You have to be self-motivated, definitely.”

The students agreed that they wouldn’t be college juniors two years early without the support of their families, their churches and their communities.

“The community is excited for us as a whole,” Anderson said. “One of the ones excited the most is Ms. Hendrix, our counselor. She probably put in more restless nights than any of our students.”

De’Janique Jones remembers her eighth-grade counselor, Kathleen Fontenot, was the one who convinced her an opportunity to get a free two-year college education was for real.

“I wasn’t going to sign up at all,” she said, “but Mrs. Fontenot made me write those [application] essays.”

Jones played on the Memorial High volleyball team while attending Early College High School and working after-school and summer jobs. She is returning to LSCPA on scholarship to get a second Associate Degree, this one in Process Operating Technology.

“For a lot of kids, college may not be accessible,” Banks, the valedictorian, said. “Getting to go to college free is like a dream. Being the first class to do it, it feels like leaving a great legacy behind.”