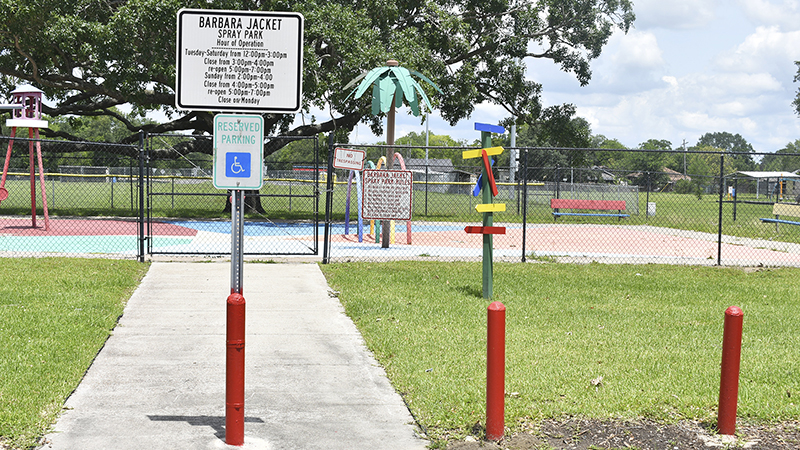 Cooling off at the local splash park or taking a dip at a Port Arthur city pool may be out of the question this summer.

Chandra Alpough, Port Arthur director of parks and recreation, said the plan is to keep the splash parks and pools closed for safety reasons.

“We are not opening our pools,” Alpough said. “Things may change, and we will keep watching it.”

The city maintains two pools; the Walter Mosley Pool at 1201 Joe Louis Ave. on the West Side of the city and one at the Recreation and Senior Citizens Center at 1308 Ninth Ave.

The city also maintains a slash park at Gilham Circle, which will also remain closed.

Playgrounds in Port Arthur are open, but the actual playground equipment is closed, as are basketball goals as leaders try to prevent crowding.

Alpough hopes the parks will be fully opened in the next few weeks as staff monitors the Centers for Disease Control recommendations along with those of the Parks and Recreation Advisement Board.

The city of Groves no longer has a city pool, but there is a splash pad at Lions Park.

City manager D.E. Sosa said they are keeping the splash pad closed, but the issue will be reevaluated on June 5.

“We will revisit the opening of city facilities every Friday and make decisions based on the number of new COVID-19 cases,” Sosa said.

Parks are open, but like with other local cities, the playground equipment features are not.

Groves’ city offices will remain closed for another week, then the issue will be reevaluated, Sosa said.

Bill pay is done through the drive-thru, online or bank draft at least until June 8, he added.

Port Neches City Manager Andrè Wimer said the spray park at Port Neches Riverfront Park remains closed and though parks are open, the equipment is not.

“At this point the reopening of playgrounds and the splash park are currently being reviewed in conjunction with any guidance provided by state or federal agencies,” Wimer said.

Those facilities remain closed at this time.

“The city simply does not have the staff to constantly monitor the playgrounds or the splash park in terms of people using those facilities,” Wimer said. “And, again, we are researching the available guidance provided by health authorities regarding reopening.”

Wimer said the decision to reopen these facilities is being reviewed at this time.

“The challenge that exists with respect, for example, to social distancing and occupancy of a playground or splash park is that the city does not have the staffing available to constantly monitor use of those features or disinfect the equipment on a constant basis,” he said. City hall and city buildings have remained opened.

As far as wearing a mask while visiting one of the buildings, Wimer said people should take the precautions they feel are necessary and consistent with the guidance provided by the state.

Council meetings have continued in person while respecting the social distancing guidelines provided by the state, he said.

Leaders in Nederland plan to reopen their pool on June 12 at 25 percent capacity with reservations and operating on two 3½-hour blocks with priority given to Nederland residents.