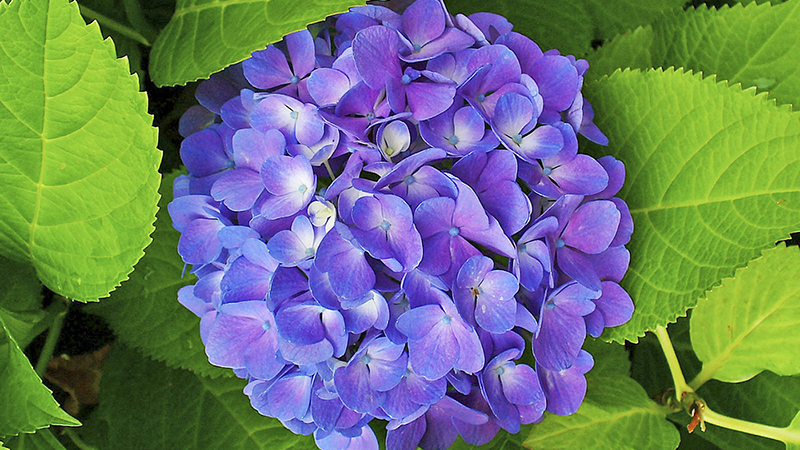 Have you noticed the beautiful pink and blue hydrangea blooms in your neighborhood?

Probably not, since most landscapers do not plant these old Southern garden shrubs anymore.

Drive around in some of the older neighborhoods of your city, and you are sure to be rewarded with a showy shrub of either blue or pink ﬂowers.

The most common type found in Southern gardens is the French hydrangea, which bears clusters of showy ﬂowers giving them a large “mop-head” look. These ﬂowers are commonly used in dried ﬂower arrangements.

Another variety found in some areas of the upper South is the Oakleaf hydrangea. It is a native of Southeastern North America.

Hydrangeas require a loose, well-drained organic soil and sufﬁcient moisture, or they will dry out and wilt in our scorching summer heat. They should be pruned back annually right after the bushes bloom.

Pruning later in the year will remove the buds for the next season. They are not attractive shrubs in the winter as they usually lose all leaves and become leggy.

It is always good to plant them near evergreen shrubs, so they are not an eyesore in your winter landscape.

In Zone 9, which includes Southeast Texas, they thrive better when planted on the north side of the landscape. Intense sunlight on the south and west sides can scorch the leaves. They thrive in partly shady areas with either morning or afternoon sun and they must be watered often.

There are many varieties on the market now. Some will continue to bloom throughout the summer.

New hybrids are marketed for their stronger stems and larger ﬂowers than the old time standard hydrangea. Some are cone shaped, and colors also include white blooms.

Whatever you prefer, an old time Southern bloom or one of the newer more modern looks in your landscape, a hydrangea will provide you with beautiful summer blooms to enjoy every summer.

KATHIE’S KORNER — Arm yourself with the Bible, the…