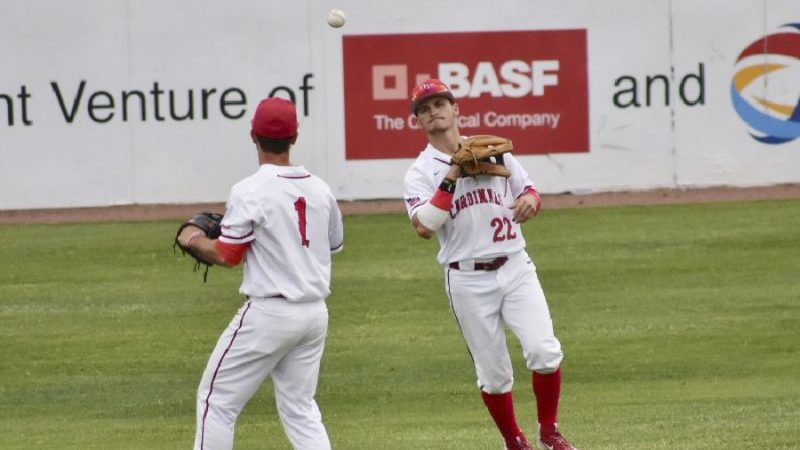 Weyler earned First Team All-Academic honors after recording a 3.90 cumulative grade point average in exercise science. The Village Mills native was the SLC Hitter of the Week for February 18 after opening his Cardinal career with a 7-for-11 performance that included a double and a triple.

He had at least two hits in every game and drove in four RBIs and scored a run as well. He kept that momentum up for the entire season with a .302 batting average, a .381 SLUG, and a .328 OBP.

Weyler had 19 total hits in 2020 including three doubles and a triple, and he scored nine runs and drove in 10 RBIs.

He was perfect in stolen base attempts and ranked third in the SLC in sac bunts and fifth in sac flies. In SLC play Girouard paced the team in batting average, total hits, runs scored, and stolen bases. He was a member of the Lamar University Dean’s and President’s lists with a 3.67 GPA in finance.

The All-Academic teams are voted on by head coaches, sports information directors, and academic/compliance staff members from each Southland Conference institution.

Student-athletes must possess a 3.0 cumulative GPA and have completed one full academic year at the nominating institution to qualify for All-Academic selection.