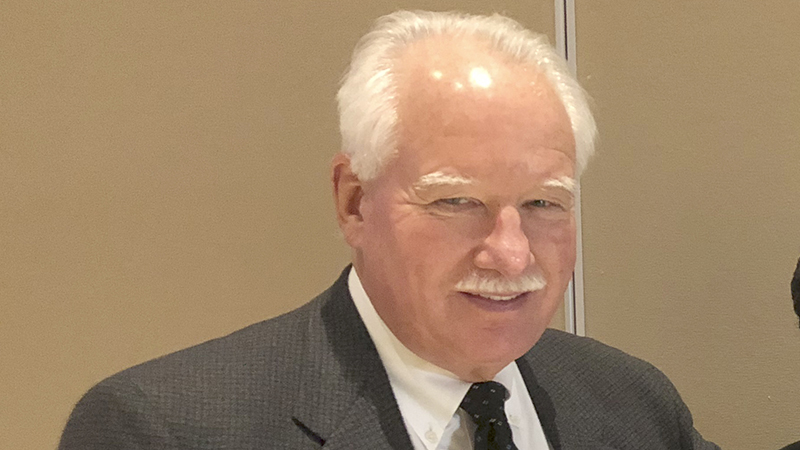 A Jefferson County grand jury convened last week after a two-month break due to COVID-19 restrictions — something officials took precautions to make possible.

Jefferson County District Attorney Bob Wortham said his office made the plans that allowed the grand jury to come in on Wednesday, when the jury impaneling room on the first floor was reserved.

According to information from the district attorney’s office, the grand jury consists of 12 people with two alternates and serves for a six-month period.

Each juror had his or her temperature taken at the front doors before entering the building and two investigators stood in front of the two entrances to the large room so no one would accidentally enter and, Wortham said, there was plenty of room for the jurors to spread out.

But there was an issue of timing that had to be dealt with.

“After you arrest someone and charge them with a crime, under law you have 90 days to indict them and we had 33 cases that were getting really close to the 90 days,” Wortham said. “If you don’t indict them, then you have to release them from jail and we didn’t want to release some of these people from jail.”

One person in particular came to mind for Wortham when talking about this topic — Jason Lynn McKnight. The 53-year-old McKnight was indicted last week for an accident involving injury/death for a March 29 incident when police believe he struck bicyclist Edward Stedman and drove away. Stedman was able to speak to police and described the truck and man who hit him. Less than two weeks later Stedman died at Memorial Hermann Hospital in Houston from his injuries.

Wortham said McKnight has a number of felony convictions for fraud and believes he knew he struck the victim before he drove off.

“If he (McKnight) can’t live in our society then we have to find another society he can live in,” Wortham said.

The grand jury will likely meet again in approximately two weeks and repeat the process as more cases near the 90-day mark.

“Then hopefully we’ll get back on schedule,” he said.

But getting back on schedule worries the district attorney.

Texas Gov. Greg Abbott has moved to the second phase of reopening the state and getting people back to work, but the plan doesn’t require people to wear a mask while in a public place; only encourages the action.

Wortham said he and his wife are not mingling with others during the COVID-19 crisis and he has been working from home.

“I think you should have to wear a face mask,” he said. “It would certainly be a common courtesy, so if you have it you don’t expose it to someone else.”

Hearings and jury trials are temporarily postponed at least though June, Wortham said, and could be put off until August. The reason for the later date is speculation on whether Jefferson County can get enough people to fill the jury panel.

“Who is going to want to serve on a jury panel now with the virus going on?” he said.