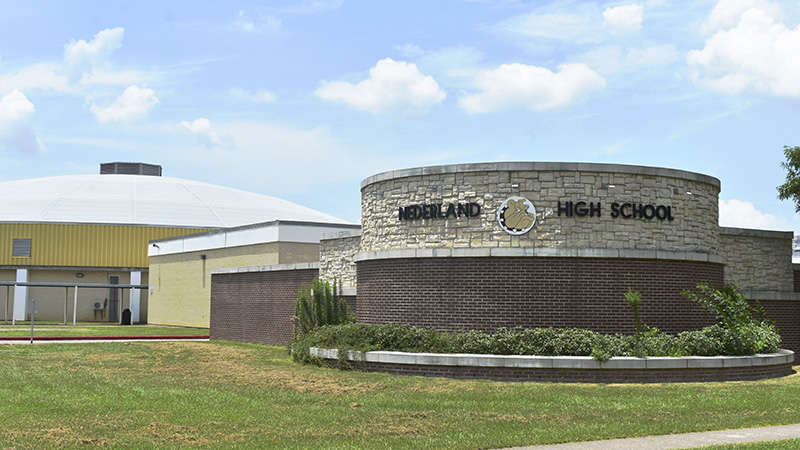 NEDERLAND — Some Nederland High School parents and students are looking for answers after several students came home this week from a locker cleanout with misplaced or missing items.

The confusion started when students were picking up their belongings from the school on Monday and Tuesday.

Personal property left in the lockers prior to the COVID-19 lockdown were to be sorted through and placed into a bag labeled with student’s name and locker number.

Nancy Bernard, a parent of a senior student, said communication broke down within the process.

“Items were lost, some were mislabeled, others discarded,” she said. “So, when students and parents went to pick up locker contents, many were told, ‘We don’t have anything for you.’”

Bernard said a man, whose name is unknown and identifying himself as a school representative, told Bernard’s daughter along with several other parents that many items deemed “unimportant” were thrown away in the sorting process.

“If it didn’t look important, we didn’t keep it,” she said. “That’s what we were told, but who are you to determine what’s important to my child and what’s not? That’s a judgment call that should have been left to the students, not staff.”

Fortunately, her own daughter’s most important items were reclaimed.

“We are very blessed,” she said. “One of my child’s most precious items that was lost has been recovered. One thing that is being done is (district officials) are going through every single container and bag that has not been claimed yet trying to identify personal property and return it to the proper student.”

“There is a number of reasons why items are misplaced,” he said. “Could be an issue where we put locker numbers in the wrong bags. There are some situations where students are sharing lockers, some items weren’t where the students thought they left it and there are other areas where we are still checking, but we are being successful in locating those things.”

“We are trouble shooting these things one student at a time,” he said. “A number of belongings are being found and we are reaching out once we do find it, but it takes time. We need the community to be patient while we locate those things and to give us as much communication as possible.”

Bernard said the whole fiasco could have been easily avoided with better communication both ways.

“This should never have happened,” she said. “Communication to our senior class has been a huge issue.”

Sharing the sentiment of other NISD parents, Bernard said all they ask is to be included in the loop of information by sharing what events the school is attempting to preserve for the Class of 2020.

“We understand that the district and school board have limitations set by Governor Abbott and TEA,” she said. “Just please keep us in the loop. We don’t want it to appear as if we are ganging up on the school board, we aren’t. We understand completely that they have limitations, but we are begging to hear what you are trying to do for our seniors so they do not feel like they have been forgotten. We truly appreciate your efforts, just please communicate this to us.”

Nederland High School administration asked anyone who is missing items to describe the object in an email and send it to lsanders@nederlandisd.org or sbeagle@nederlandisd.org

Beagle said items not recovered will be addressed at a later time after all attempts have been made for retrieval.