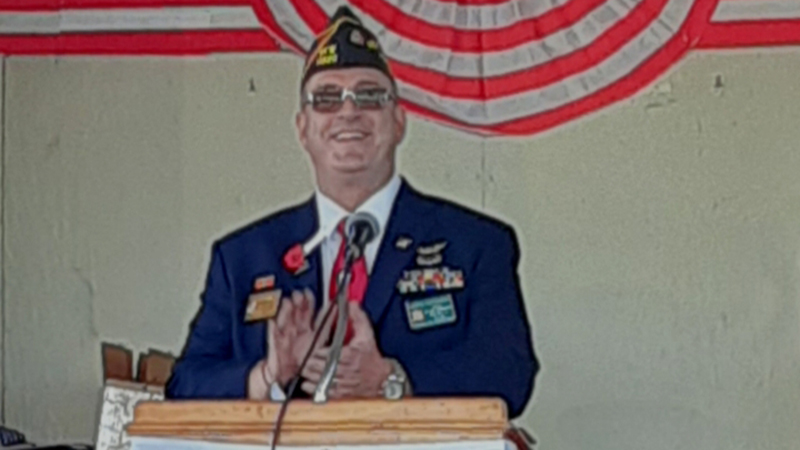 Veterans of Foreign Wars Post No. 4820 Commander Jorg Kitchen speaks at the Veterans Memorial Park in an undated photo. Kitchen is frustrated that local events are postponed due to COVID-19.

There will be no speeches, no playing of “Taps,” no three-volley salute, and no local programs to honor the nation’s fallen whose sacrifice and commitment is honored with Memorial Day ceremonies.

The veterans, he said, all raised their right hands and swore an oath to support and defend the Constitution of the United States against all enemies, foreign and domestic. 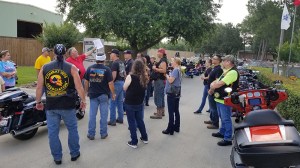 Members of the Patriot Guard Riders and volunteers prepare to place flags on the graves of military veterans at Greenlawn Memorial Park in Groves.

Oak Bluff Memorial Park’s parent company, Gennis Group Inc., is based in Port Neches. Shane Reedy, chief financial officer of Gennis Group, said the Memorial Day services are usually scheduled two months in advance. At that time, he said, officials weren’t sure what was going to take place in relation to the coronavirus.

The cemetery will be open on Monday and staff looks forward to receiving visitors in the park.

“It is an honor for us to recognize our veterans on Memorial and Veterans Day,” Reedy said, adding they offer veterans discounts. “We want to continue our service and commitment to veterans, not just Memorial Day and Veterans Day but throughout the year.”

Kitchen said at one of the VFW’s meetings, which was held virtually, there was a group discussion on the issue of COVID-19. The idea in the discussion emerged that he restrictions do not make sense to stop living because of fear, as none of the veterans are afraid of dying.

“So many people are so afraid now of dying, that they have forgotten how to live,” Kitchen said. “There is a liberation from the chains of bondage to fear that occurs when we accept our mortality and at that point we are free to truly live life as it was intended.”

Kitchen, who also serves as the Veterans Park chairman and VFW district junior vice commander, was in the U.S. Army from 1983 to 2000 and served domestically and abroad. 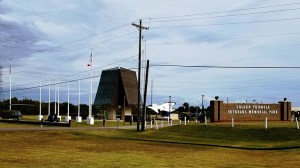 The Veterans Memorial Park in Port Arthur traditionally hosts one of the Memorial Day programs, though this year the event is postponed.

Kitchen said VFW members take care of older veterans, know they are in a high-risk category and do not put them in a position to be compromised, but added participating in events is a choice.

VFW Post members and other volunteers have been busy placing flags at the gravesites of veterans in preparation of Memorial Day. They are also set to honor Jesse Gonzales, one of the VFW post’s legacy members instrumental in getting the Veterans Memorial Park established alongside Jim White and Herb Stafford, were honored Saturday (May 23) during a funeral service.

Gonzales enlisted in the Navy at 17 and served in the Pacific during World War II. He later re-enlisted, this time in the Army.

He served three tours of duty in Vietnam where he was one of the original Green Berets and decorated with one Silver Star, two bronze stars and two commendations of valor.

Various Memorial Day events can be seen online including the live stream of services at national cemeteries.