PNPD looking for 2 men who caused thousands in damage 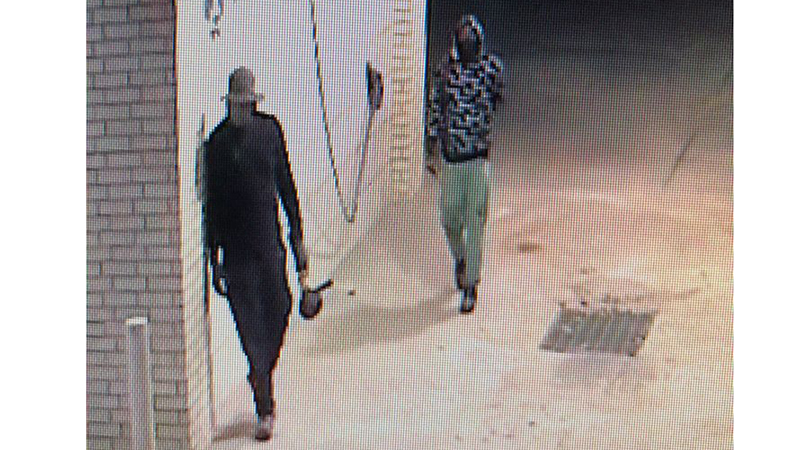 Police in Port Neches are searching for two men who caused thousands of dollars in damage trying to burglarize a coin operated machine.

PORT NECHES — Police in Port Neches are searching for two men who caused thousands of dollars in damage trying to burglarize a coin-operated machine.

Officers responded to Slick’s Car Wash, 1007 Magnolia Ave. in reference to an alarm at 1:20 a.m. May 9. Security camera footage showed two individuals attempting to burglarize the machine using some type of pry tool and a grinder. They were not successful, however they caused thousands of dollars worth of damage to the machine, according to information from the Port Neches Police Department. 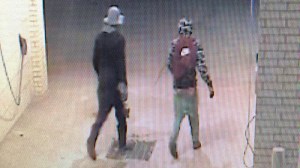 Police shared this surveillance photo of the suspects.

Suspect 1 can be seen wearing a hat, dark clothes and covered his face with a medical mask and what appears to be medical gloves.

Suspect 2 can be seen wearing a black hoody with some type of design and teal-colored pants with black writing on both legs near the knees. This subject was carrying a maroon Nike backpack that contained the tools used to attempt entry into the machine.