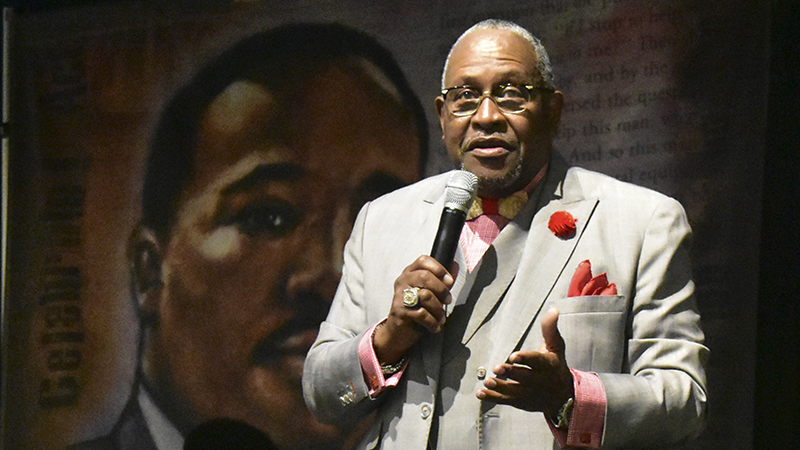 The mayor of Port Arthur offered an unfavorable description of Texas’ reopening of its economy.

“It’s a war between public health and public wealth,” Thurman Bartie said Monday. “I would hope public health wins. That’s what I think it really is.”

Bartie commented after Gov. Greg Abbott introduced the second phase of his reopening plan, which allowed child care centers and exercise facilities to go back in operation, beginning Monday. Restaurants may open up to 50 percent of capacity, while bars, bowling alleys and skating rinks are allowed to operate at 25 percent starting Friday.

Bartie has expressed fears from the beginning of the pandemic that keeping business open would contribute to a further spread of the novel virus. Before May 1, local, county and state leaders issued emergency orders stressing the need for citizens to remain home unless absolutely necessary. But Abbott’s order reopening the economy supersedes local decrees.

Bartie believes as restaurants welcome more patrons and bars to reopen, a resurgence of coronavirus will come from those who mingle at these establishments.

“That’s part of the public wealth,” Bartie said. “I understand all of that now.”

The second phase of Abbott’s reopening plan went into effect two days after Texas saw its largest single-day increase of COVID-19 cases (1,801). Port Arthur has 60 total cases, an increase of 12 from May 11.

The total number of coronavirus cases continues to rise in Port Arthur and across Texas, but despite some spikes in the past week, the seven-day rolling average of those who tested positive to the total number of Texans who took tests has dropped from double digits in mid-April to less than 5 percent.

Data for May 17 shows that 4.97 percent of Texans were confirmed to have coronavirus, the second-lowest percentage on record according to a chart Abbott revealed Monday. The average was at 4.83 percent May 16.

A percentage chart specific to Port Arthur has not been created.

“What has to be dealt with, we need to know if there are hot spots in the community where there are infected people residing,” Bartie said, acknowledging privacy laws prevent health authorities from indicating the name and address of patients.

The rolling average for April 13, the earliest date on Texas’ coronavirus-positive rate chart, was 13.86 percent. It has remained at fewer than 10 percent since April 19 and has not reached 6 percent since May 13, when it dropped from 6.92 percent to 5.37 percent.

Through Sunday, Texas had 47,784 positive cases.

Abbott said “ample supplies” of personal protective equipment are available in Texas, where hospital capacity is not compromised because of citizens taking precaution.

“If our hospital capacity ever gets compromised, we will take corrective action to be sure our citizens are taken care of,” Abbott said.

The unemployment rate in the U.S. rose to 14.7 percent through April as total nonfarm payroll employment fell by 20.5 million in the month.

Texas’ unemployment rate, which Abbott called “too high and unacceptable,” has given him cause to implement his reopening plan.

“I will tell you, according to the Dallas Federal Reserve, Texas has the lowest unemployment rate among large states,” Abbott said. “The best thing we can do is continue to open up.”

The unemployment rate in the Beaumont-Port Arthur metropolitan statistical area as of March was 7.5 percent, higher than the state average of 4.7 percent.

“A lot of people didn’t have jobs at the start,” Bartie said of the local statistics. “We had a high unemployment rate at the start.”

“If we are maintaining and sustaining lives, what are we going to choose, something that’s economically sound as opposed to something that’ll sicken us to death?” he said.

The state’s Department of Health and Human Services on May 12 announced it was distributing 1,200 vials of the drug remdesivir to 14 hospitals, but none in Jefferson County. No other antiviral medicines to treat COVID-19 have been discovered.

“Today, tomorrow and every day going forward is one day closer to medical discoveries that can treat and protect people from COVID-19,” Abbott said. “But until that day comes, our focus is keeping Texans safe while restoring their ability to get back to work, open their businesses, pay their bills and put food on their tables. By continuing to use safe practices, we are slowing the spread of COVID-19 and protecting our most vulnerable.”