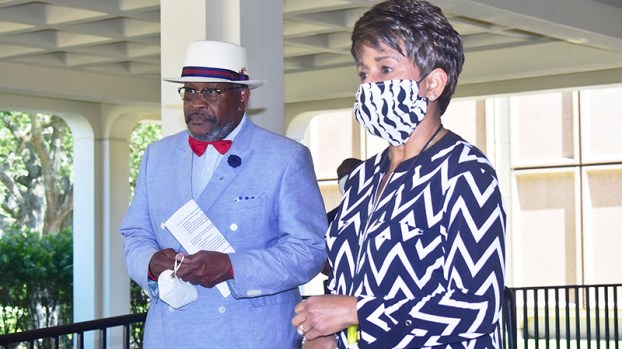 The city of Port Arthur was not immune to the surge of coronavirus cases in Texas.

Twelve new cases have been confirmed in Port Arthur since May 11, bringing the total to 60. Port Arthur Health Director Judith Smith said the increase in testing as well as the phased reopening of businesses under an order from Gov. Greg Abbott contributed to the rise locally and statewide.

“That’s pretty much what you would expect when other businesses start opening,” Smith said. “That’s not just for our area.”

Smith addressed the number of cases just hours before Abbott was scheduled to introduce the second phase of reopening business from coronavirus precautions. If Abbott’s announcement goes as originally planned, the second phase will increase the allowed occupancy from 25 percent of an open business’ capacity to 50 percent, and gymnasiums will be allowed to open again.

Planet Fitness, however, on Friday sent an email to its customers saying it would remain closed while continuing to evaluate local guidelines and restrictions. It did not offer a potential date for reopening.

There is a Planet Fitness in Groves.

Smith said precautionary measures have been put in place for gyms that reopen.

“We’ll see if we remain stable or if we have another increase [in cases],” Smith said.

When announcing standards for going from Phase I to Phase II of his reopening plan April 27, Abbott said he wanted to see no flare-up of COVID-19 for two weeks. On Saturday, Texas saw its largest single-day increase of COVID-19 cases with 1,801, due in large part to a surge of at least 700 more cases in Amarillo. The reopening plan went into effect 15 days earlier on May 1.

“As Texas continues ramping up its testing capabilities, there will be an increase in positive cases as the state targets the most high-risk areas: nursing homes, meat packing plants and jails,” Abbott said in a news release Saturday.

Smith agreed with that assessment.

“We can’t deny that,” she said. “The more tests we give, the more positive cases we’re going to find. There is a need for more testing, even with the number of tests he ordered for nursing homes.”

Port Arthur staged single-day temporary testing sites at the Bob Bowers Civic Center on May 6 and at the Pavilion on May 13. The Southeast Texas Regional Emergency Operations Center closed its testing site at Jack Brooks Regional Airport on Friday (May 15).

Smith said she’s still working on landing a testing company and site for providing free tests. She has not established a timeline, but she added the Port Arthur Fire Department has put in a request for test kits to be used at the city’s nursing homes.

Gulf Coast Health Center at 2548 Memorial Blvd. in Port Arthur is offering tests without co-payment for those who have insurance and a sliding scale fee for those without insurance, as well as an antibody test that determines if someone had coronavirus in the past and didn’t know. Most urgent care clinics offer it for a cost even with insurance, Smith said.

Testing is not available at the Port Arthur Health Department’s office downtown, but Smith said her department wants to oversee that citizens can be tested free of charge.

“Our main goal is to do the contact tracing,” Smith said, adding the Texas Workforce Commission will supply more workers to aid the PAHD in the coronavirus fight. “A good bit of our staff are grant-funded positions. Now, their duties are going back to the duties the grant calls for.”

For now, although not mandated in Port Arthur, Smith touts the use of masks by everyone when in public, as well as social distancing and handwashing.

“In a grocery store, it’s hard to social distance,” she said. “If somebody comes down an aisle, are you going to take off running with your basket? You would feel more comfortable taking your time to get an item off a shelf if you wear a mask. Individuals who have underlying health conditions, I do believe these are the people who are wearing them. Face masks are 100 percent effective if the other person is wearing a mask.”