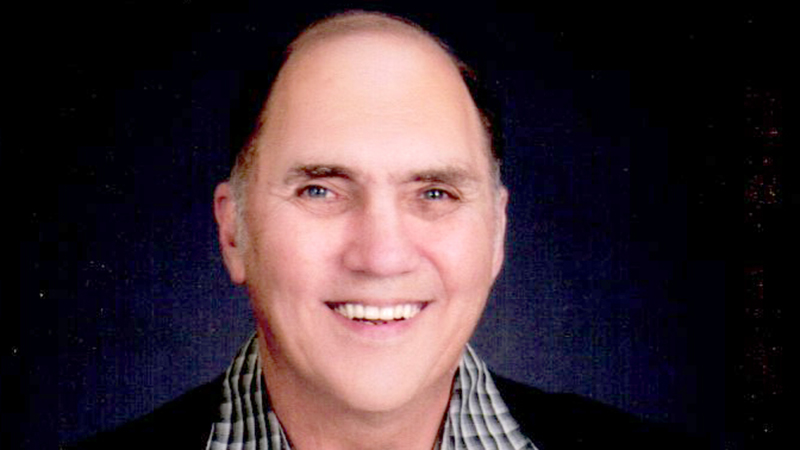 Bob was born in Jacksonville, Florida, on September 23, 1944, during World War II, but grew up in Port Arthur, Texas.

He was graduated from Thomas Jefferson High School in 1963, and afterwards attended Texas A&M on a football scholarship, graduating in 1967 with a B.A. in History, to be followed by receiving an M.A. in History from Lamar
University.

Bob was a history teacher and a coach at Bridge City High School from 1967 until his retirement in 2000.

He loved rooting for “his” Aggies and for the Astros. He collected baseball cards and loved playing golf.

Bob was preceded in death by his younger twin brothers, Ronnie and Donnie Hollier, and by his parents, Ivan and Jean Hollier.

Bob is survived by his loving wife of 47 years, Amelia Votti (Mimi) Hollier; his only son, Robert Foxwood Hollier and his wife Amber, and her children Sierra, Dylan, and Tori and her husband Bradley Gray; his grandson, Gavyn Edward Hollier; his brother-in-law Carl Wood Votti, his wife Lisa, and their sons Carl and Cuyler Votti; his two nephews Ronnie Hollier, Jr., and Bryan Hollier; his three nieces, Lori Ortiz, Jennifer Cardinas and Jaime Hollier.

Following cremation, he will be interred at the Memorial Garden at St. Paul’s Episcopal Church, Orange, Texas.

A memorial service at St. Paul’s will be tentatively scheduled for late June.

“And the dust returns to the earth as it was, and the spirit returns to God who gave it.” Ecclesiastes 12:7