PAPD: Suspect in killing was in relationship with victim 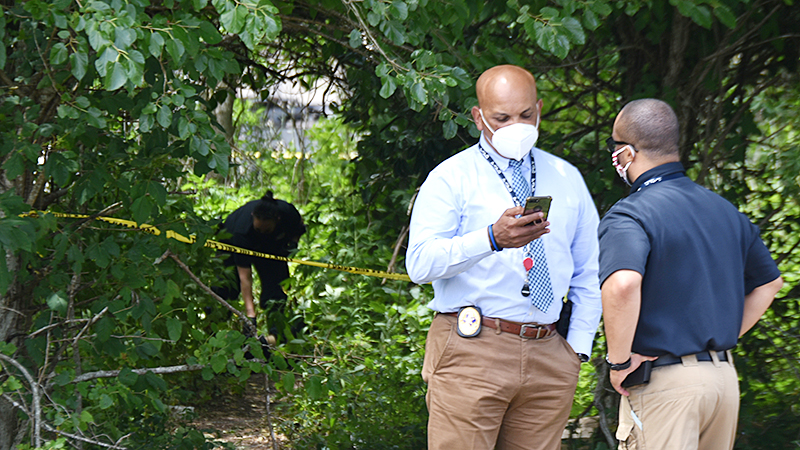 PAPD Chief Tim Duriso, center, stands at the scene of a killing Wednesday in Port Arthur.

A 33-year-old female Port Arthur transient believed to be responsible for her male companion’s death is being held on a $1 million bond.

Lachrisha Abshire, 33, was arrested for the homicide of Taylor Rodriguez, 23, also a Port Arthur transient, on Wednesday, not long after the victim’s body was found in a wooded area behind Precision Tune near Walmart in the 5000 block of Twin City Highway. 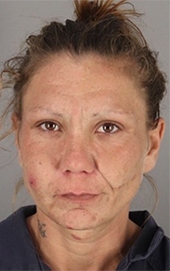 Port Arthur Police Det. Sadie Guedry said Abshire and Rodriguez were in a relationship but could not give further details.

Police had received a call at approximately 12:54 p.m. Wednesday of an unresponsive person in the wooded area, and the victim was deceased when police arrived.

Police Chief Tim Duriso, along with a number of officers and police ID technicians, were at the scene Wednesday, and yellow crime scene tape blocked off a section of the roadway leading to Walmart.

Bystanders parked and gathered across from the scene in the shopping strip nearby periodically asking officers for updates.

Several people who described themselves as homeless were heard saying they knew “who killed him” but left the area when a bystander motioned for police to come and talk to them.

Jefferson County Precinct 2 Justice of the Peace Marc DeRouen ordered an autopsy that was set to be performed on Thursday afternoon, he said.

Police are not releasing a preliminary cause of death, Guedry said, and information such as how long the victim was deceased before being found is pending autopsy results.

Guedry did not confirm if there are any other suspects in the case, only that the case is actively being investigated.

Abshire also has a $200 bond for a failure to appear charge and was out on bond for a January theft charge when the homicide occurred. Judge Ben Collins set the bond for the homicide at $1 million.