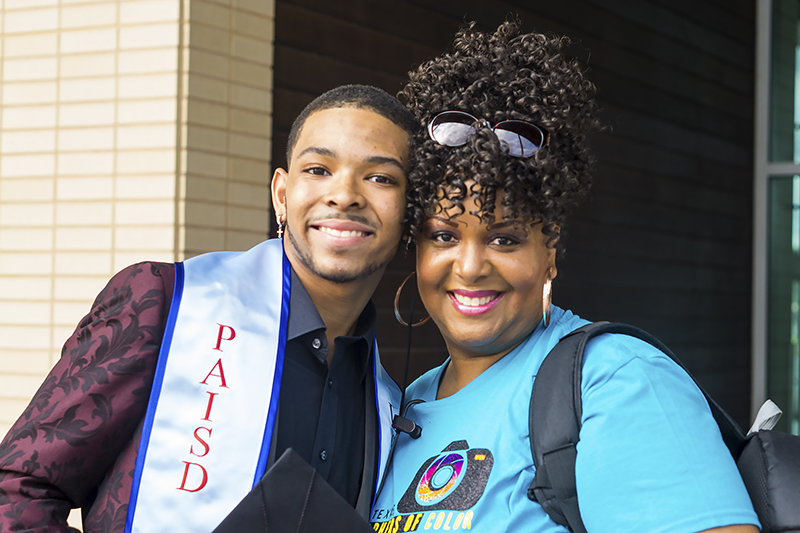 The Southeast Texas Photographers of Color club hosted 90 seniors from various high schools in the region to capture their most memorable moments.

Nichelle Thibodeaux, a co-founder of the group, said the idea sprouted from a need to give back to her hometown of Port Arthur and the surrounding cities.

“I think everybody has the same idea of wanting to give back to the community,” Thibodeaux said. “I am one of the co-founders of the organization and naturally I wanted to make sure that these kids have something more than the few memories they had cut short.” 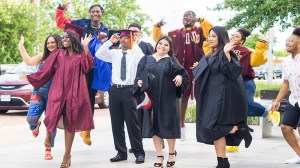 Each senior that signed up received a free 15-minute mini-photo shoot in downtown Beaumont with one of 17 professional photographers.

“These seniors are essential and their memories are important,” Thibodeaux said. “So what we can do to capture those memories is what I wanted to do. I pitched the idea to my group and they were all excited to give back as well.”

Port Arthur photographer Shayla Myers, who is also a teacher at Lakeview Elementary, was particularly excited to give back to her hometown.

“This particular class, a lot of them were my seventh graders when I worked at Thomas Jefferson Middle School, so I had a lot of them in my reading class and now they are graduating,” she said. “To watch them grow from 12 years old to adults now, it’s amazing.”

The seniors were encouraged to pick a memory they wanted to have captured. Some showed up in cap and gown, others dressed in prom attire or sporting gear. 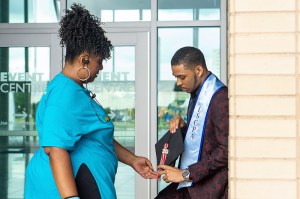 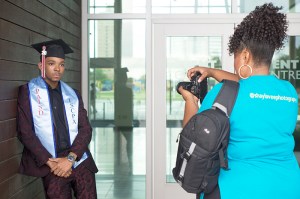 “It means everything, especially during a dark time,” Getwood said of the free photo shoot. “I am super excited, elated and ecstatic to be able to have this opportunity and I just want to thank everyone who had hands on this project to make this day possible for us seniors.”

As an ex-journalism teacher at Memorial High School, and a Lincoln High School graduate, Thibodeaux was delighted to see students from her home school district.

“Those are my kids,” she said. “That’s my area and my home and even though I live in Houston now, I wanted to do something to appreciate them and so them how much they mean.” 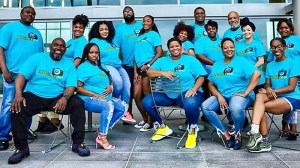 “We needed an outlet with one another to be able to learn and grow,” Thibodeaux said. “We do classes, photo walks in the area, zoom classes. We help each other learn how to use new equipment, set up for different shoots and more. We were having a hard time finding a large population open to do the things we are doing with one another now. That’s why this group became vital.” 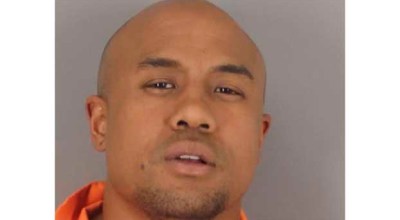