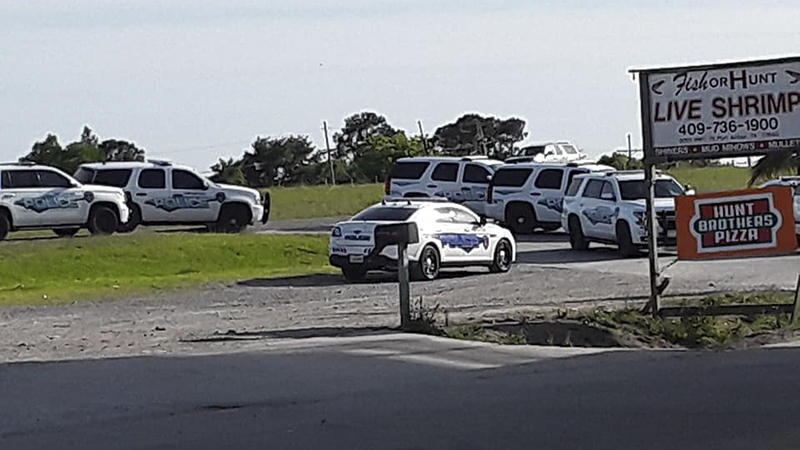 Police respond to the area of Royal Inn on West Texas 73 after a 911 call of a shooting. No victims were found. (Courtesy photo)

A Port Acres area mother was home when numerous shots were fired in the parking lot of Royal Inn on Monday.

Casey Jean had noted a new face in the neighborhood, a female, and believes the woman and a man were somehow involved in a shoot-out of sorts but they fled the scene before police arrived.

Her fear and anger stem from the fact she has a 15-year-old son and 17-year-old special needs daughter who were outside when the bullets flew.

“I know I counted at least nine shots,” Jean said.

The community where Jean lives is generally quiet — which is what she likes about it but this recent shooting has her worried and angry.

A female who answered the phone at Fish or Hunt, which is near Royal Inn, said a man started shooting so a second man got his gun and began shooting.

A man who answered the phone at the motel declined to comment on the shootout.

Port Arthur Police got the call at approximately 5:46 p.m. Monday regarding gunfire exchanged between two individuals.

No arrests have been reported, and authorities have not released suspect information or a known motive for the shootout.

Police did say they believe the shooting took place in the motel parking lot. It is unknown if anyone was struck.

Both gunman had left the scene prior to PAPD officers’ arrival.