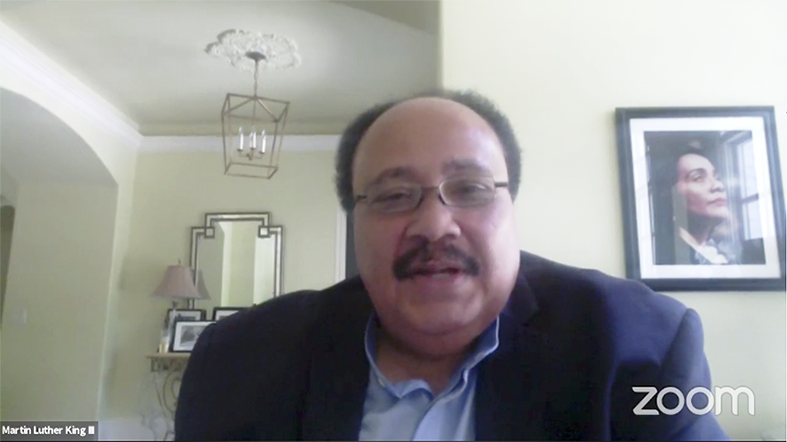 King asked the graduates of their plans, their blueprints for the future as he looked back on the things his mother, Coretta Scott King, and his family taught him; to have love for himself, love of family, love for community, and love for God.

He went on to tell them to build their life plan on a solid foundation because there is absolutely nothing they cannot achieve. 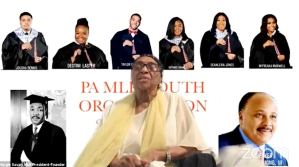 King III said his father, a civil rights icon, stressed one must sometimes take positions that are neither safe nor popular nor politic, but because our consciences tell us they’re right.

“And so during this time and throughout our lives, we must ask the question, ‘What does our conscience tell us?’” King III said.

He recalled a time when his mother took him to Antioch College, where there were statues all around and the one that claimed his attention was of the educator Horace Mann — not for the statue but for the inscription.

“Be ashamed to due until you have won some victory for humanity,” he said, thinking this was a monumental task.

He broke the sentence down; you can win victories in your neighborhood, school, city, county and so forth, but “be ashamed to die until you make the world in which you live a little better,” he said.

The special event was brought together by the Martin Luther King Jr. Support Group of Southeast Texas, which was started by Hargie Faye Savoy at the request of Coretta Scott King.

Savoy said now is an important time to keep the group moving forward with Dr. King’s vision as she and others congratulated the seniors that include Beyonce Banks, Joshua Dennis, Taylor Getwood, SeanLexia Jones, Destini Monae Laster and Myreaka Maxwell — all of whom are accepted to a college or university.