PA mayor “opposes” reopening order: “COVID-19 virus has not been contained in our … immediate area” 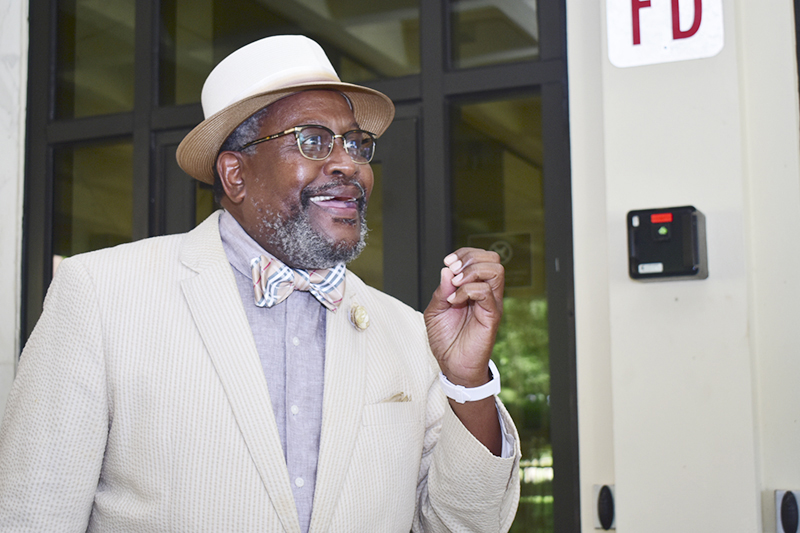 Port Arthur Mayor Thurman Bartie understands the economic hardship the entire state of Texas has faced during the coronavirus pandemic, but he does not agree with Gov. Greg Abbott’s latest executive order allowing more businesses to open starting at 12:01 a.m. Friday.

“I strongly oppose the opening of these facilities because the COVID-19 virus has not been contained in our state or our immediate area,” Bartie said Thursday. “However, the Governor, in a higher authority, has ruled and I must adhere to the order with great reluctance. I do understand the economic hardship that we are faced with and I empathize with these business owners and operators, but we are not ‘out of the woods’ on this pandemic.”

The latest order allows cosmetology salons, hair salons, barbershops, nail shops and salons, tanning salons and other establishments where licensed barbers and cosmetologists work to reopen, as well as swimming pools. Six feet of distancing between stations and proper hygiene must be practiced.

Bartie held another weekly pandemic news conference in the city hall breezeway, one day after the Southeast Texas Regional Emergency Operations Center announced coronavirus testing at its Nederland and Silsbee sits would conclude May 15, transitioning those services to city and county health departments.

Port Arthur Health Department Director Judith Smith said she is working on a plan to secure a location for testing in the city.

Shortly after the conference, U.S. Sen. John Cornyn (R-Texas) confirmed Gulf Coast Health Center in Port Arthur secured $392,044 in federal funding to expand testing efforts. Bartie didn’t offer a timeline for when a plan for another potential site would be finalized.

“It’s going to be according to what agency [Smith is] speaking with,” Bartie said. “She along with the assistant city manager [Scott Moore] are working with individuals who can provide that. We can’t just announce that because it hasn’t been secured, yet.”

Once another testing agency and site in Port Arthur are determined, the city council would then have to approve both, according to the mayor.

That was 17 more than the limit of tests originally stated for the site.

As the mobile unit surpassed its testing capacity Wednesday, those who did not get to test there were sent to the drive-thru clinic at Jack Brooks Regional Airport in Nederland.

The number of positive coronavirus cases among Port Arthur citizens rose to 47 on Thursday with the confirmation of a male between ages 55 and 60 who contracted the disease.

Bartie did not confirm or deny Jefferson County Judge Jeff Branick’s claim that testing is and has been “widely available” in Port Arthur, but added COVID-19 related funds are available to secure more tests.

An exact number for Port Arthur citizens having tested wasn’t available, but Branick said Wednesday that 1.3 percent of Jefferson County’s population has tested.

Bartie is pushing to have at least 2 to 3 percent of Port Arthurans tested to get representative sampling needed to determined whether the city has overcome the curve of positive cases.

“If we can provide the citizens at no cost with these funds that are being allocated, I know that would help even more,” Bartie said.

“It would allow us to get a good scientific example, and we can get back to what we like doing, which is being Port Arthurans. Until we’re able to do this scientifically, I don’t think we’re going to be comfortable with going back to what our norm is or was.”