On The Menu — Tamale King shares secret to unique recipe 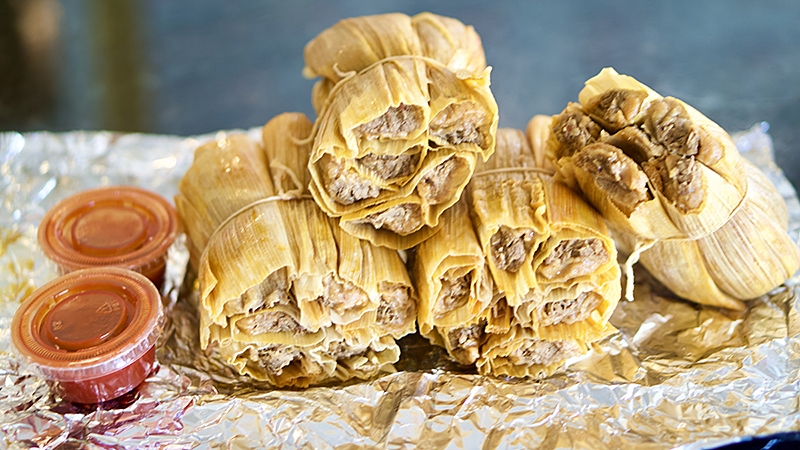 Owner Mark Martinez opened the restaurant March 10, 2008, after retiring from the Valero Refinery six years prior. The restaurant started as a family production ran by Martinez’s grandmother, known as “Mama Montalvao.” 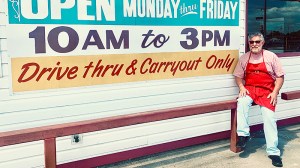 Soon enough, the small round table transformed into a full-blown operation.

“My mother’s family made tamales and all my aunts and grandmother would get together like a lot of families do to work all day on it and make 30 dozen,” he said. “A slow day for us now, the smallest amount we make at one time, is 225 dozen.”

Martinez started the Tamale King to provide unique homemade tamales to the community with a recipe particular to his taste buds.

“It started out as a family thing, but I’m sure my grandma is rolling over in her grave because I do a lot of things different,” Martinez said. “Over the years we’ve tweaked and changed things, because for me. It’s all about the flavor.”

Masa is the grated corn dough on the outside of the meat that holds the filling in place.

It is typically a light white or yellow color, but open one of the Tamale King husks and inside you’ll find a deep reddish brown masa. 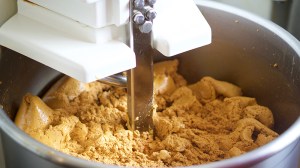 A batch of masa is being stirred.

Martinez secret? — “I season my masa. Nobody does that.”

“My grandmother didn’t even season the masa,” Martinez said. “Nobody I know does that. To me it gives them more flavor and it works.”

Inside the masa, Martinez focuses on the only flavorful meat combination he sells, pork.

“I use the prettiest pork roast I can buy,” he said. “I only make one tamale and I make it right in the middle. It’s mild with a little kick to it. I’ve made different ones over the years, but by not changing, it’s easier to stay consistent with just one.”

A batch of tamales can take up to 12 hours to make after preparing the masa and the meat. The tamales are then hand-wrapped in the cornhusks for next day’s production.

An average day at the Tamale King produces 80-100 dozen tamales. Holidays raise that number to 400 a day. 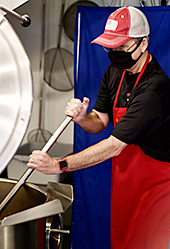 “What makes it different is the way we season the meat and the masa, and the care we put into them,” Martinez said. “We try to stay real consistent, do the same thing everyday so they always have the same great taste.”

The Tamale King is open Monday-Friday from 10 a.m. to 3 p.m. Weekly specials are also served alongside a full menu of hamburgers, Frito pie, tacos and more.

“That’s why they make Fords and Chevrolets,” Martinez said. “Some people like a Ford and some people like a Chevrolet. Sure there are people out there that don’t like my tamales and I’m fine with that. I know I have a good product because of how they move. I’m not worried about those people. I’m after the people who like them.”