Be A Champion feeding bodies, souls at Memorial Baptist in Port Arthur 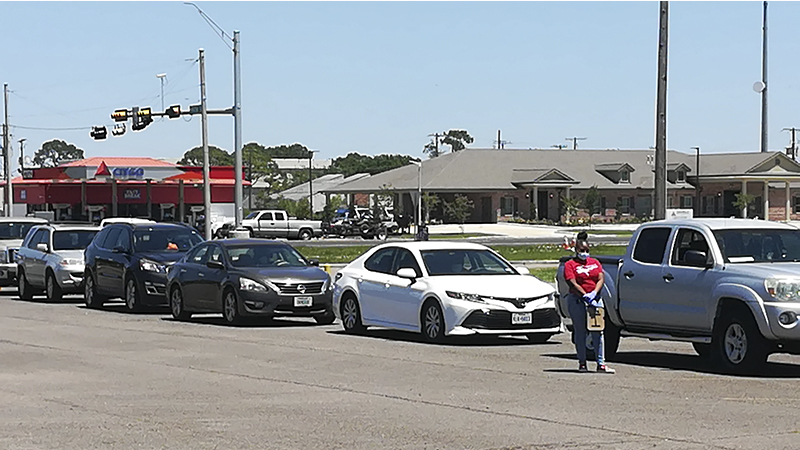 Cars line up at Memorial Baptist Church to receive meals for children on April 30. (Courtesy photo)

A Houston-based charity is serving a week’s worth of breakfast, lunch and dinner for each child in need up to age 18 at Memorial Baptist Church in Port Arthur.

The church has partnered with Be A Champion, a sports, education and nutrition outreach program designed to support area youths in need that was founded in 2001 by former University of Houston football players Jaron Barganier and James Hong.

During the coronavirus pandemic, Be A Champion is feeding children up to age 18 at local schools, churches, community centers, day cares and apartment complexes across much of Texas.

The drive at Memorial Baptist Church, 4011 Memorial Blvd. (on the intersection of Memorial and 39th Street) is being held each Thursday from 1:30-4 p.m.

Church Pastor Bill Brazell said Marcia Sharp, a principal at Sam Houston Elementary School and a friend of the church, recommended a field supervisor, Kimberly Semien, to see whether Memorial Baptist could host the drive. 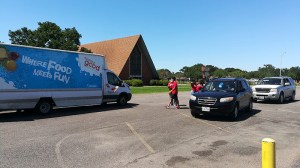 Memorial Baptist Church in Port Arthur is hosting a food drive for children up to age 18 each Thursday. (Courtesy photo)

“They were looking for a place that was located with a big parking lot,” Brazell said. “It’s obviously a very visible place.”

Everyone who receives a meal receives an invitation card to worship at Memorial Baptist.

“We’re feeding the body as well as the soul,” Brazell said. “We’re out to feed both.”

During last Thursday’s grab-and-go food drive, Be A Champion served 1,400 meals, according to Sabrina Tellez, the charity’s director of training and development.

“We try to load them in trunks to minimize exposure,” Tellez said.

Be A Champion has offices in Houston, San Antonio, Dallas, Corpus Christi and the Rio Grande Valley.