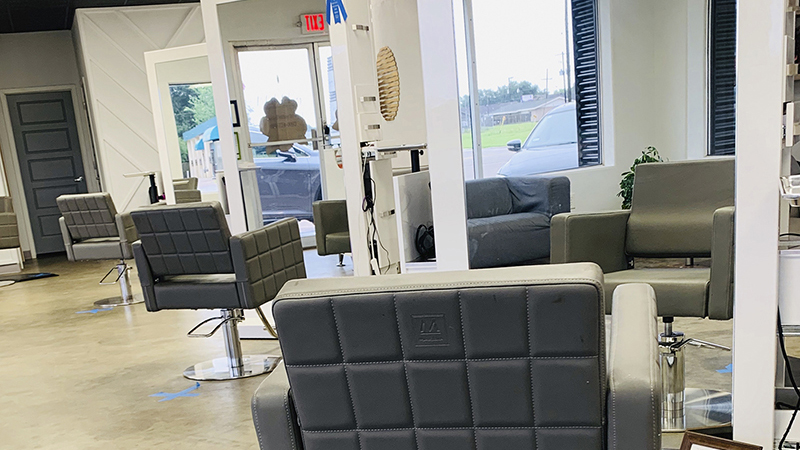 Gov. Greg Abbott will allow hair salons in Texas to reopen Friday — and gyms will be allowed to open May 18.

The businesses will be required to follow certain rules, however, as the state continues to grapple with the coronavirus. Hairstylists will be able to work with only one customer at a time. People waiting in barber shops will have to maintain 6-foot separation or wait outside.

Meanwhile, gyms will be required to operate at a maximum of 25% of capacity. Showers and locker rooms will be closed, and equipment must be disinfected after each use.

Abbott acknowledged people may want to see another type of business reopen — bars — but said the state is still figuring out how they can do so safely and did not offer a timetable.

Abbott made the announcement at a press conference Tuesday.

It came less than a week after he began what he has described as the first phase of business reopenings in the state — allowing restaurants, retail stores, libraries and museums to open if they limited crowds to 25% of capacity.

Since he announced those the initial business reopenings last week, Abbott has faced increasing pressure from some in his own party to also give the green light to barbershops and gyms.

Tuesday’s press conference came as the number of coronavirus cases in Texas increased to at least 33,369, including 906 deaths, according to the latest numbers from the Texas Department of State Health Services. The virus is present in 216 out of the state’s 254 counties.

The total number of tests conducted in Texas is 427,210, the DSHS figures show.

According to the Associated Press, Abbott’s announcement comes as health experts continue to warn that easing restrictions too quickly will result in new hotspots.

In letting barbershops and hair salons open starting Friday, Abbott seemed to be moving faster than he suggested even a week ago when he allowed stay-at-home-orders in Texas to expire and let restaurants and retailers reopen under limited capacity.

Abbott continued to stress the infection rate in Texas is below 5 percent, which is down from more than 7 percent two weeks ago.

An Associated Press analysis found the five-day rolling average for new cases nationwide has decreased from 9.3 per 100,000 people three weeks ago on April 13 to 8.6 on Monday.

Earlier Tuesday, two Republican state lawmakers let reporters film them getting their hair cut at a barbershop in defiance of Abbott’s order.